When mountaineer Jeremy Windsor was climbing Mount Everest in 2008, he experienced something very strange. Alone at an altitude of 27,000 feet, he encountered another man, named Jimmy, who offered words of encouragement and trekked alongside him before disappearing without a trace into the snow and ice.

Windsor isn’t the only climber to have seen or heard impossible things on a quest for a mountain summit. Hallucinations like these—sometimes referred to as the “third-man factor”—are a well-known phenomenon in high-altitude Alpine settings, say the authors of a new study in Psychological Medicine. Until now, however, they’ve always been considered a symptom of traditional altitude sickness.

Katharina Hufner, a lecturer at the Medical University at Innsbruck in Austria, and Herman Brugger, head of the Institute of Mountain Emergency Medicine at Eurac Research in Italy, wanted to know whether there was enough evidence to classify this type of high-altitude psychosis as its own condition. They collected about 80 psychotic episodes described in German mountain literature and systematically analyzed the symptoms described in each of them.

The researchers thought it would be difficult to distinguish hallucinations that occurred along with physical symptoms (like headache, nausea, dizziness and cerebral edema, or swelling around the brain) from those that occurred as isolated incidents. But their analysis showed that episodes of psychosis really do happen separately. “It is a well definable syndrome that occurs at high altitude,” Brugger said in an email, “independently from other high-altitude related illness.”

That means these hallucinations can’t be linked to easily explainable causes like brain swelling, fluid loss or infection, says Brugger. And while altitude sickness can occur at elevations as low as 10,000 feet above sea level, altitude-induced psychosis seems to occur mainly at 23,000 feet or higher.

The conditions have different risks associated with them, as well. Acute altitude sickness can be life-threatening if breathing problems or brain swelling occurs, and symptoms tend to last longer—even while a climber is descending. High-altitude psychosis disappears quickly as climbers return to lower elevations, but can be dangerous if a person’s hallucinations cause them to alter their route or engage in risky behavior.

It’s still not clear what causes high-altitude psychosis, how often it occurs or whether certain people are more susceptible to it than others. The researchers suspect it may have to do with reduced levels of oxygen to the brain, the psychological stress and isolation of climbing expeditions or a combination of these factors.

“Since we don’t know what predisposes or precipitates this syndrome, we cannot give any advice on how to avoid it at this point,” said Hufner in an email. But educating people about this phenomenon is important, she adds. “This will help climbers to recognize the symptoms of high altitude psychosis in a partner and maybe also in themselves.”

Hufner and Brugger hope that further studies of this phenomenon may help shed light on other psychiatric disorders, including schizophrenia. They also hope that high-altitude psychosis is soon classified as a separate medical condition, and that doctors may one day be able to suggest ways to prevent or treat it.

Climbers could potentially be trained, for example, to perform “reality testing” before making decisions that could be dangerous. Study co-author (and experienced climber) Iztok Tomazin actually did this when he was climbing Dhaulagiri, the world’s seventh-highest mountain, and hallucinated mountain guides who told him him to jump down the east face of the mountain to shorten his descent.

“In the last second, Iztok decided to perform reality testing: He jumped down a small ridge, and when he hit the rock below, the intense pain made him realize that jumping down the east face was not a good idea,” says Hufner. “He continued his descent, and got down safe and sound.”

Hufner and Brugger are both passionate about mountain climbing and ski touring, and they say their research hasn’t changed their love for the Alps. It has, however, helped them develop a new understanding of nature’s power. “The highest mountains of earth are maddeningly beautiful,” says Brugger, “but they apparently can drive us to madness as well.” 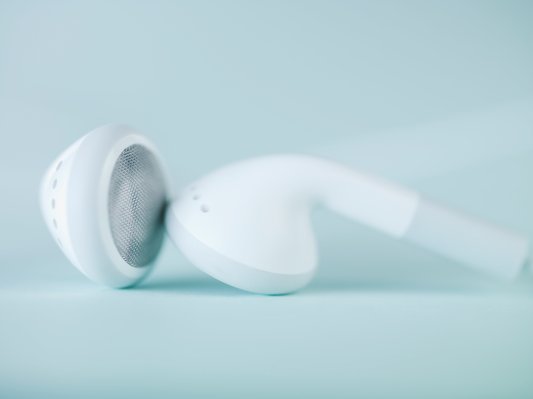 You Asked: Will Earbuds Ruin My Hearing?
Next Up: Editor's Pick