President Donald Trump will outline his national security strategy in a speech from Washington on Monday afternoon.

A little more than a year after Trump won the 2016 presidential election while promising to put “America First,” the Republican leader will tell the world what exactly that means.

Trump’s doctrine on national security is centered around three major ideas, according to the Associated Press: “protecting the homeland, promoting American prosperity, demonstrating peace through strength, and advancing American influence in an ever-competitive world.”

Trump is expected to cast off multinational agreements as unfair to the United States and present a case that national security and economic security are intrinsically linked, the AP reports.

Trump’s address comes amid increasing tension between the White House and those involved in special counsel Robert Mueller’s Russia probe.

Watch the speech live at at 2p.m. ET. above. 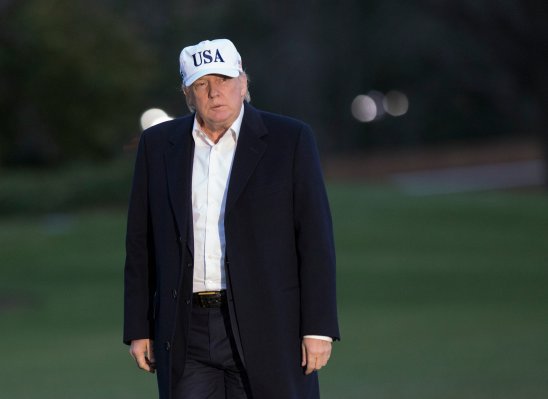 President Trump to Reverse Obama's Recognition of Climate Change as a National Security Threat
Next Up: Editor's Pick