What Happens to Hollywood Projects Tainted by Allegations of Sexual Misconduct?

The second half of 2017 saw a stunning number of men in Hollywood (among other industries) fall from their powerful perches as a result of allegations of sexual assault or misconduct. What started with the downfall of Harvey Weinstein became perhaps the most seismic shift the entertainment industry has ever undergone. The foremost consideration, of course, is the survivors who have come forward and the pain and suffering they’ve endured. But another consequence is the extraordinary volume of projects once slated for release in 2018 whose fates have shifted, or are now in limbo. Perhaps never is the degree to which alleged abusers amassed power more clear than when considering the number of projects, and collaborators, their actions have now harmed.

The list of canceled works includes productions halted before they even began, like a planned HBO film about the 2016 election based on the reporting of now disgraced journalist (and former TIME employee) Mark Halperin and an Amazon series starring Robert De Niro and Julianne Moore that was to have been produced by the Weinstein Co. It also includes works that were very much under way, or even completed, before it was decided that their release would be canceled. Louis CK, for instance, had been producing and was set to star in the planned animated sitcom The Cops, which was indefinitely suspended by its network, TBS. “We now find ourselves out of a job right before the holidays,” the show’s art director Francis Giglio wrote on Facebook. Vanity Fair reported that nearly 100 staffers from the show were laid off shortly after the allegations against CK first went public, and there seemed to be little optimism that production would continue. “I know this isn’t about me, but I was really excited to voice a cartoon character,” said performer Jen Richards on Twitter. “To have a badass, openly trans character on network TV would have been awesome.”

Richards’ delicately threaded needle—she, like others, expressed support for CK’s accusers publicly, along with her own disappointment—gets at what’s so tricky about the fate of now-canceled art. A lot of it might have served a social good, even as what seems the greater social good is to remove power from the hands of those who abuse it.

And then there’s simply the desire for artists like Richards to have their work seen and evaluated on its own merits. “When you work hard on something, you want people to see it. I think there’s a desire for us to maybe have that happen,” actor Michael Stuhlbarg said after the release of the Kevin Spacey film Gore, in which he played a part, was canceled. In many cases, that may prove impossible. While past works of the Weinstein Co. or Spacey or CK may be tough to discard given those projects’ existing repute, it’s hard to imagine how a new film like Gore would end up in front of viewers, or who would care to see it.

Some art touched by scandal may yet find its audience. While the Weinstein Co.’s film The Current War, meant to be a player in this year’s Oscar race, has been pushed indefinitely, its previously scheduled release of Paddington 2 in January will go ahead as planned after Warner Bros. acquired rights to the movie. That a sequel to the story about a clumsy ursine from Peru can find itself, if briefly, jeopardized by the actions of one of Hollywood’s predators proves how far the malign forces spread.

With these creators now sidelined, perhaps the next wave of projects, from dramatic films to cartoon shows, will come from creators who simply make their hardworking collaborators proud. And if many projects must end up discarded in order to begin bringing Holly-wood toward justice—and redress the balance for so many careers that ended prematurely after harassed and abused women left the industry—that’s a small price to pay. 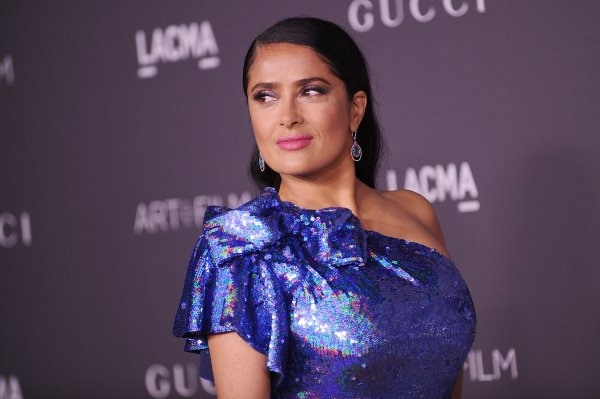