J.K. Simmons Gets Double the Screen Time in Starz’ Counterpart

J.K. Simmons’ latest project, the Starz drama Counterpart (Jan. 21), has him engaged in high-stakes espionage, but the actor is keeping the show grounded. “I’m just trying to play a believable human being,” he says. “Or in this case, two of them.”

That’s right: the Oscar winner, best known for roles like the sadistic conductor in Whiplash and a white supremacist on Oz, plays Howard, a meek cog within a mysterious governing system. He moonlights as Howard Prime, another version, who appears once it becomes clear that his bosses are concealing a parallel universe. Howard Prime is everything Howard isn’t: confident, brash, assured. In other words, he’s a J.K. Simmons character.

But it’s the mild-mannered Howard—like a sci-fi version of John le Carré’s George Smiley, a functionary drawn into wild intrigue—that made the job attractive to Simmons. “I was getting plenty of offers to play the guy who berates everybody in the wake of Whiplash,” he says. Now Simmons gets to absorb the insults—even as they’re coming from himself.

That the actor is shedding some of his gruff onscreen persona makes the case literal. He describes it as—what else?—“the best of both worlds.” 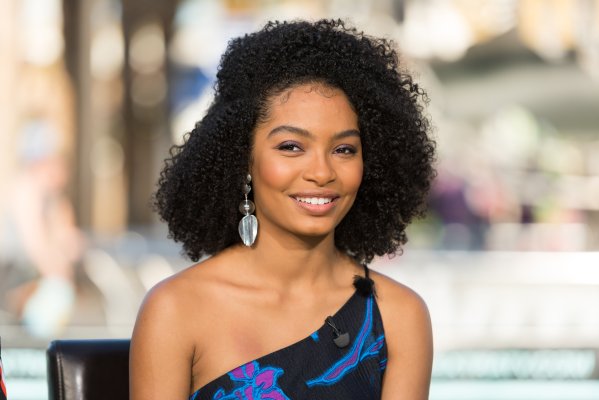 Yara Shahidi Is Finding Her Truth Through Art and Activism
Next Up: Editor's Pick