When Corinthian Colleges and ITT Technical Institutes collapsed in 2015 and 2016, respectively, after allegations of fraud and misleading marketing, it seemed like a moment of reckoning for the for-profit college industry. Tens of thousands of students were left with no degrees or those not worth the paper they were printed on, plus millions of dollars in student-loan debt. President Obama’s Education Department passed regulations aimed at streamlining the process to forgive loans taken out by defrauded students.

Relief has yet to arrive. Nearly 100,000 student-loan borrowers with billions in total debt from an array of mostly for-profit schools are still waiting for their accounts to be cleared, and the process put in place to help them–known as “borrower defense to repayment”–has ground to a halt. The Education Department has the authority to discharge defrauded students’ federal loans, but 11 months into the Trump Administration, not a single claim has been approved, and just two have been denied.

Secretary of Education Betsy DeVos announced in June that her department would rewrite the Obama-era rules, saying they were unfair to students and schools, and left taxpayers with a hefty bill. After another delay, the new regulations will now likely go into effect in July 2019. “Fraud, especially fraud committed by a school, is simply unacceptable,” DeVos said in June. “Unfortunately, last year’s rulemaking effort missed an opportunity to get it right.”

Advocates for student borrowers disagree. “There is a general sentiment of frustration with the fact that we’re doing this again,” says Will Hubbard, a member of both last year’s and this year’s rulemaking committees who represents the interests of student veterans.

Reports have circulated this fall that the Education Department is considering offering partial rather than full debt relief for some applicants based on how much harm they suffered. But even students who show success–like securing employment–were still harmed, says Toby Merrill, director of Harvard University’s Project on Predatory Student Lending. “Our clients are very smart and hardworking,” she says. “When people are succeeding in spite of a really terrible thing that happened to them, we shouldn’t look at that and say, ‘Well, the thing must have not been so bad.'”

The Education Department recently said it will begin adjudicating the backlog of claims “very soon.” For borrowers whose claims are denied, it will forgive any interest accrued on unpaid debts starting one year after the claim was filed. Still, with the rule’s renegotiations continuing into 2018, it’s unclear when borrowers like Jarrod Thoma, a 34-year-old former U.S. Army corporal, will know the fate of their looming debt.

Thoma graduated with a bachelor’s degree from DeVry University in 2015 and has been waiting on his claim for more than two years. He says his degree from the for-profit college actually hurt his job prospects and that with $52,000 in student loans, his family will struggle to afford his loan payments if his claim is denied. (DeVry did not respond to requests for comment.) “Under the current Administration, I really feel like my claim is worthless,” Thoma says. “There are a lot of [people] in my situation. There has to be a sense of urgency.” 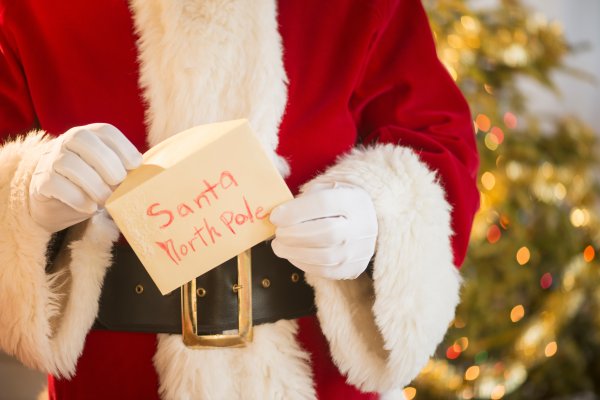