Ksenia Sobchak, the Russian journalist, socialite and reality-TV star, plans to challenge Vladimir Putin for the presidency during the elections set for March.

Do you even believe these elections will be free and fair?

No. An election is not just throwing ballots in a box. It requires candidates to have equal access to the media, to campaign on equal terms, to hold debates. All of that is missing in Russia. So we cannot consider these elections fair in any case.

Plus, only Putin can decide whether to put your name on the ballot. Why would he do that if you actually pose a challenge?

Such guesswork only leads to paranoia. The most important thing is to fight on, to try to do everything possible for them to let me run. That means gathering signatures, campaigning nationwide. That’s what I can do. What I can’t do is influence their decision.

But you did meet with Putin before announcing your decision to run. What did you talk about?

I came to see him for another reason: to interview him for a documentary film. After the interview I told him about my decision to run, and his reaction led me to believe that he is not happy with that decision. His exact words were, “This is your choice. Like any Russian citizen, you have the right to do that. But you also have to understand the full weight of responsibility that comes with that choice.”

Sounds a bit like a threat. Did you take it that way?

Not really. It struck me as a very formal answer, but I don’t think he liked my plan.

Your father, the late mayor of St. Petersburg Anatoly Sobchak, was Putin’s boss in the 1990s. They were close friends. Does Putin act warmly toward you, like an uncle or a godfather, because of that friendship?

I can’t feel that. We don’t communicate. The President doesn’t ride the subway. He doesn’t buy bread at my local bakery.

Well, you did meet him at events commemorating your father.

Yes, but my mind was elsewhere at the time. I was not really thinking about how Putin feels toward me.

Many in the Russian opposition have called you a Kremlin puppet whose role is to give these elections an air of legitimacy. How do you intend to convince voters that that isn’t true?

For intelligent people it’s clear enough who spreads these rumors, who benefits from them and why they are used against me. It’s so clear that explaining it to people is beneath my dignity.

Are you saying it’s the Kremlin that makes you out to be a Kremlin puppet?

Well, of course! They endlessly spread these rumors. They congratulated me two minutes after I announced my candidacy. Then a whole set of strange people threw their hats into the ring, clearly to diminish the value of my campaign. Intelligent people have long learned to discount these cheap Kremlin schemes.

In March and June the opposition leader Alexei Navalny, who is also seeking to run for President, organized massive street protests against government corruption. Why didn’t you join them?

This was not my crowd. I still supported them, because if people are ready to take to the streets, that’s good. But I have spent so much time protesting in the streets over the years that I know it will not solve our problems. It’s much more useful to unite people around a simple possibility: to go and vote for what they think is right.

Navalny will almost certainly not be allowed to run, and his supporters will likely take to the streets during the race. How will you react if these protests get violent?

Listen, in our country, just about anything can end in bloodshed. And the blame for that will be on the authorities. If these will be officially permitted protests, then I will support them. But I don’t go to protests that don’t have the state’s permission, because they end in provocations, either from the authorities or the protesters. That’s not fair. But that’s the reality. 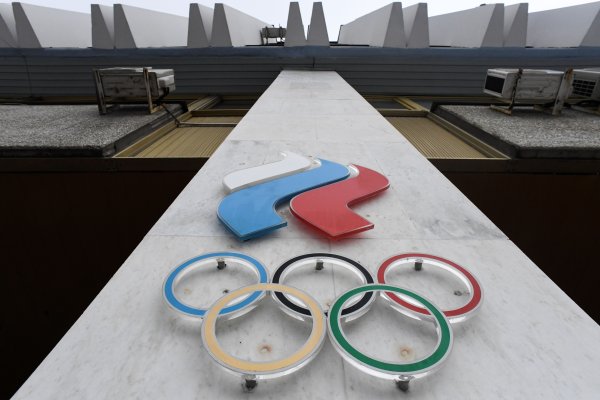 Russia Banned From 2018 Winter Olympics
Next Up: Editor's Pick