Paul Manafort Will Be Released From House Arrest, Judge Says

Paul Manafort, the former campaign chairman for President Trump, will be released from house arrest after satisfying a $10 million bond, a judge said Friday.

U.S. District Judge Amy Berman Jackson said Manafort could leave his home in Virginia, where he has been confined since being arrested in October, Reuters reports. Manafort was indicted on Oct. 30 on felony charges of conspiracy against the United States, acting as an unregistered foreign agent and other financial counts as part of Special Counsel Robert Mueller’s investigation into potential coordination between Russia and Trump associates during the 2016 presidential election.

Under Jackson’s order, Manafort can leave Virginia to go to his home in Palm Beach Gardens, Fl. In Florida, Manafort will have to remain in the area with an 11 p.m. curfew and will be monitored with an electronic GPS. He will require permission to do any travel in the U.S. and is barred from leaving the country.

To qualify for release from house arrest, Manafort has to agree to forfeit four properties, including one in Virginia, two in New York and his home in Florida. If the properties do not raise $10 million, Manafort’s wife and daughter have deposited $7 million in separate accounts to make up for any difference, Reuters reports. 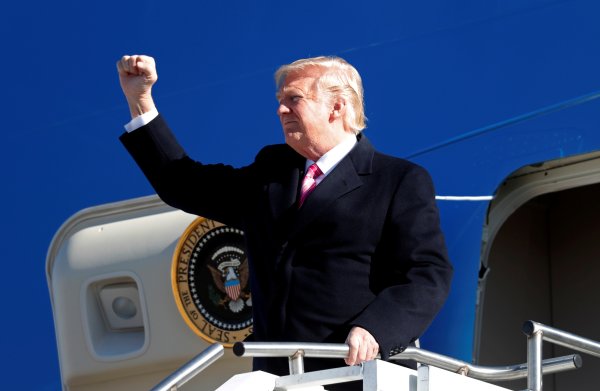 President Trump Appointed Four Times as Many Federal Appeals Judges as Obama in His First Year
Next Up: Editor's Pick