Barack Obama has long made it clear that he loves his post-presidency leather jacket. And on Thursday, he took that leather jacket with him on his visit to a D.C.-area Boys & Girls Club to visit kids — topping off his fashion-forward look with a festive, seasonally-appropriate red Santa hat.

“There’s no better time than the holiday season to reach out and give back to our communities,” he shared on Twitter, along with a photo of the visit. “Great to hear from young people at the Boys & Girls Club in DC today.”

The former president was popping by a branch of the Boys & Girls Club of Greater Washington in one of his recent visits to local kids, chatting with about 50 students there and dropping off gifts for them as well, the Washington Post reports. (You can even see him carrying around a giant sack of gifts as he shakes hands with the excited, screaming kids. Quite a Santa substitute, indeed.)

Obama may not be in the Oval Office any longer, but he’s been keeping busy: besides launching the Obama Foundation, reporting for jury duty, and making appearances like this one, he also contributed his voice to the recently successful Doug Jones campaign for Senate. He and Michelle decided to stay in D.C. following the end of his term as president, and currently live in the same neighborhood as Ivanka Trump and her husband Jared Kushner. 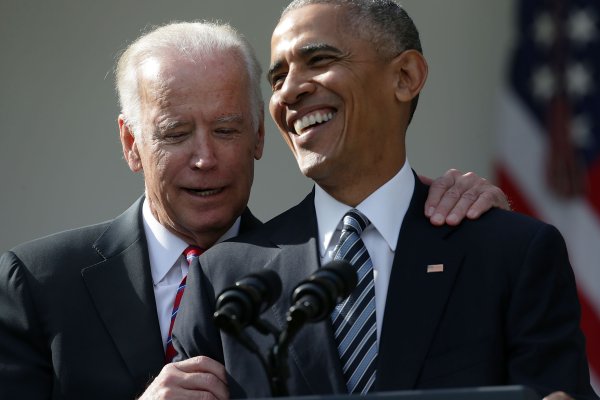 Barack Obama Had the Best Birthday Message for His Favorite Buddy Joe Biden
Next Up: Editor's Pick