A former Texas middle school teacher was arrested Tuesday for allegedly carrying on a sexual relationship with a 16-year-old male student from a nearby high school.

Nicole Marie Faires Andrews, 31, who taught English and language arts at Cedar Park Middle School, was arrested on charges of inappropriate relations between an educator and a student and sexual assault of a child, according to Williamson County jail records. Andrews met the teen, who was not her student, at Austin’s Church at Canyon Creek, where she volunteered as a youth administrator, KXAN reports. He is a student at Vandegrift High School, also in Austin.

The relationship between Andrews and the boy, according to court documents, included about a dozen instances of sexual contact. Andrews also sent nude photos of herself to the student, KXAN reports.

Andrews had already resigned from her job when she was arrested Tuesday. Cedar Park learned of the alleged relationship in late October and placed her on administrative at that time, according to KXAN. She resigned about a week later.

The incident is one of many this year in Texas. During this fiscal year alone, the Texas Education Agency has opened nearly 70 cases dealing with inappropriate relationships involving students or minors, KXAN reports. 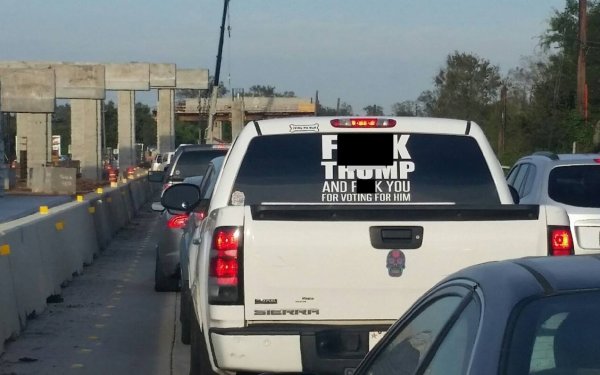 A Driver With a ‘F--K Trump’ Sticker on Truck Could Face Charges
Next Up: Editor's Pick