Why Mothers Are Leading the Fight for Gun Safety

A school bus passes a makeshift memorial to the victims of the Sandy Hook Elementary School shooting as it takes students to Newtown High School Dec. 18, 2012 in Newtown, Conn.
Brendan Smialowski--AFP/Getty Images
Ideas
By Shannon Watts
Watts is the founder of Moms Demand Action, which is the nation’s largest grassroots group fighting for stronger gun laws. Watts is a mom of five.

Luby’s Cafeteria. Red Lake High School. Virginia Tech. Fort Hood. A Safeway in Tucson. An immigrant center in Binghamton. A mall in Omaha. A salon in Seal Beach. A movie theater in Aurora. After each mass shooting in America, I waited for someone else to act. Each time, I assumed lawmakers would rally to protect their constituents. I assumed businesses would act to protect their customers. I assumed someone would step up.

After each shooting, none of those things happened. Then on December 14, 2012, I was folding laundry when the news broke on CNN that there had been a shooting in Newtown, Connecticut. Reporters spoke, as images were broadcast of children being marched in a line into the woods outside the school for their safety, of distraught families flooding parking lots, of first responders rushing into an elementary school.

As I stood next to a pile of unfolded clothes, I said out loud, “Dear God, please let this not be as bad as it seems.” But it was far worse than anyone could have imagined. Twenty first-graders and six teachers had been shot and killed in the sanctity of an American elementary school, by a man whose mother gave him access to semiautomatic firearms and thousands of rounds of ammunition.

Devastated and angry, I acted. I got online and spent an hour searching for something like Mothers Against Drunk Driving, but for gun safety. Finding nothing, I created a Facebook page. Within hours, what is now Moms Demand Action for Gun Sense in America had thousands of followers and women from across the country began reaching out to me about starting local chapters.

I knew nothing about our nation’s gun violence crisis at the time — that more than 90 Americans are shot and killed every day, and hundreds more are injured — or the laws that enabled it, but I quickly learned that a greedy gun lobby worked hard to keep them that way. For decades, the National Rifle Association has relied on propaganda and fear to erroneously lead a vocal minority to believe their guns will be taken away. It became clear to me that the most effective way to fight that fear was with a different fear: Mothers afraid their loved ones would be taken by gun violence.

We spent the first few months organizing to support the Manchin-Toomey bill that would have required a background check on private gun sales. We lost in April 2013 by just a handful of votes. Then something amazing happened: Moms Demand Action volunteers pivoted back to their own communities and statehouses and began working to stop dangerous bills and pass stronger gun laws where they lived.

Since the shooting at Sandy Hook School, these volunteers have helped pass background check laws in eight states, bringing the total number of states with comprehensive laws to 19. We’ve worked with domestic violence–prevention advocates in statehouses across the country to keep guns out of the hands of domestic abusers. Just this year, eight states passed these types of laws, and both Democratic and Republican governors have signed them.

But even as we’re building a movement and gaining ground on the gun lobby, we know we have to work as fast as we can to save American lives to preventable gun violence. This fall, mass shootings in Las Vegas and Sutherland Springs rocked the nation. We all felt scared, angry and heartbroken that, once again, this was our reality. But when our families remain at risk, the only option is to keep going.

We’re still waiting for the cathartic moment when Congress finally passes a bill strengthening our gun laws, which they have still shamefully failed to do after Sandy Hook and every horrific shooting tragedy in the years since. But what I’ve learned in the past five years is that Congress isn’t where the work begins — it’s where it ends. Moms Demand Action volunteers have spent the last five years fighting for stronger gun laws in the states by building relationships with state legislators and local businesses, and in some cases, deciding to run for office themselves. 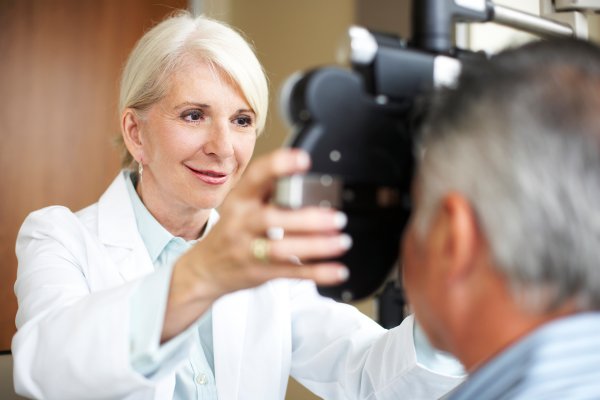 This Breakthrough Could Stop Glaucoma In Its Tracks
Next Up: Editor's Pick