Congolese women walk past a sign opposing sexual violence on Dec.. 4, 2008 in Nyamilima, in Nord-Kivu, in the east of the Democratic Republic of Congo (DRC).
Pascal Guyot—AFP/Getty Images
By Joseph Hincks

A court in the Democratic Republic of Congo has handed life sentences to 11 militiamen who raped about 40 children aged between 18-months and 12-years old.

Human rights groups hailed Wednesday’s verdict as a strike against the culture of impunity around sexual violence in D.R. Congo, where rape is used as a weapon of war, Reuters reports.

“It’s a strong signal to anyone who would contemplate this kind of offense,” Charles Cubaka Cicura, a lawyer for the victims, told the news agency.

Rights groups say that between 2013 and 2016, fighters from a militia group called Djeshi ya Yesu, or the Army of Jesus, raped at least 37 girls near Kavumu village in D.R. Congo’s eastern South Kivu province. A spiritual adviser retained by the group’s leader, provincial lawmaker Frederic Batumike, reportedly told the fighters raping infants would give them supernatural protection.

According to the BBC, the 11 men sentenced to life were also convicted of murder, membership of a rebel movement, and possessing illegal weapons. A further two were given sentences of one year, and five were acquitted.

Rights groups told Reuters the court also awarded each rape victim $5,000 in compensation, and $15,000 to the families of men murdered by the fighters. 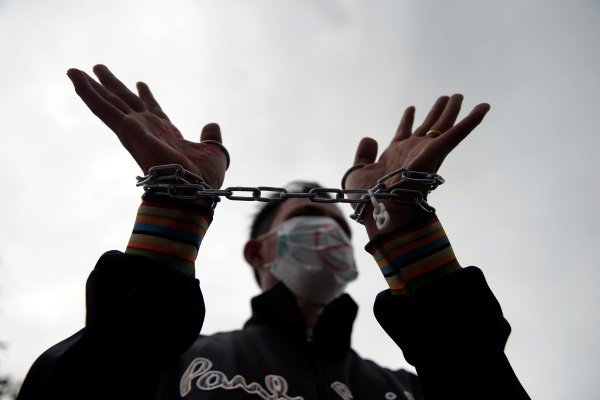