How Secretive Money Is Influencing the Judicial System

Ideas
By Alicia Bannon
Alicia Bannon is the co-author of Supreme Court Ethics: The Need for an Ethics Code and Additional Transparency. Bannon is the managing director of the Brennan Center’s Democracy Program and head of its Fair Courts team.

Federal courts get the most attention, especially during the whirlwind, vetting-abandoning Trump Administration. But there is cause for deep concern about what is happening to the powerful yet less visible state judicial system. In a new report, we found that secretive interests have begun making unprecedented efforts to influence state supreme courts, with worrying implications for judicial independence and integrity.

Thirty-eight states elect their supreme courts. Usually the final word on interpreting state law, these courts can make or break major legislation (including, in recent years, striking down tort reform, education funding schemes and the death penalty), condemn businesses to success or failure, protect or harm workers or the environment and, crucially, frame the argument around cases that could end up before the U.S. Supreme Court. We give state supreme court justices this power with the understanding that they will sit outside the worst excesses of electoral politics — and endeavor to treat us all as equals in the eyes of the law.

That independence is increasingly difficult to maintain. The U.S. Supreme Court’s 2010 Citizens United decision empowered outside interests to make congressional races multi-million dollar contests — and many of the same interests have now also flooded state supreme court elections at record levels, and impacted more justices and courts than ever before. In the 2015–‘16 cycle, 27 justices were elected in races that cost more than $1 million. The previous high was 19 justices in 2007–‘08. Meanwhile, Pennsylvania set an all-time national spending record for state supreme courts: the key swing state attracted $21.4 million in 2015, with control of its court up for grabs.

The money is mostly going to television advertisements — and unlike ads funded by the candidates themselves, they are strikingly negative in tone. In a disconcerting but hardly anomalous example from Washington state, one group funded an ad criticizing a justice seeking reelection as “enabling child predators.” That accusation referred to his participation in a 5-4 decision that police had not given adequate warning in searching a private home without a warrant. That the search was related to the possession of child pornography had no connection, legal or otherwise, to the justice’s decision. Most voters know next to nothing about individual justices, so these sound bites are often the only piece of information they have when casting a vote — and can manipulate someone into supporting a candidate who has the exact opposite belief as they do.

We also scoured — for the first time — state and federal campaign finance databases to identify the donors underlying supreme court election spending — and found a staggering amount of money from secret sources. More than half of all the outside spending in 2015–‘16 supreme court races was “dark money,” cash that comes from groups that conceal their donors. Another 28% was “gray money,” from groups that layer their spending in a way that can conceal their original donors from even the most persistent reporters or advocates. This means that a business with a case before the court, or a national group pursuing an ideological goal out of step with the state’s voters, has a host of concealed spending channels available. This ensures voters will remain in the dark about who is investing in boosting certain candidates while attacking others.

When we were able to follow the money trail, we found that spending on supreme court races typically comes, not surprisingly, from those who frequently are subjects of state court cases — sometimes with high-stakes cases before the very judges they are supporting. In Louisiana, for example, a race for a single seat on the state supreme court attracted nearly $5 million in spending. Much of that money came from oil and gas companies and plaintiffs’ lawyers on opposite sides in lawsuits that will determine whether these companies will have to pay for environmental remediation due to past drilling.

This arms-race spending gives wealthy interests tremendous power to influence the composition of state courts. And an expanding body of research suggests that while judges are supposed to decide cases based only on their understanding of what the law requires, the pressure to please donors or avoid nasty attack ads can have an impact — whether unconscious or not — on judicial rulings.

If the post–Citizens United landscape presents an existential threat to judicial independence, what can be done to stem the tide of money politicizing our courts? First off, states are long overdue to reconsider the use of judicial elections in the first place. Judicial elections were introduced in the nineteenth century as a reform, responding to concerns that judges were too closely tied to the political actors who appointed them. But with the rise of money-drenched judicial races, elected judges are now more, not less, tied up in the rough and tumble of politics. But even within elected systems, more targeted reforms can also yield significant improvements.

Strengthening recusal rules so that judges can’t hear cases involving major campaign supporters would reduce potential conflicts of interest. Shoring up disclosure laws would ensure that even if outside interests can’t be stopped from spending millions on attack ads, voters would know who was behind those ads — and what those interests hope to achieve. Public financing can also give judicial candidates the opportunity to run competitive races without needing to fundraise from special interests.

U.S. Supreme Court Chief Justice John Roberts observed in a 2015 case, “Judges are not politicians, even when they come to the bench by way of the ballot.” It remains to be seen whether that can still be the case in an age of million-dollar judicial elections. 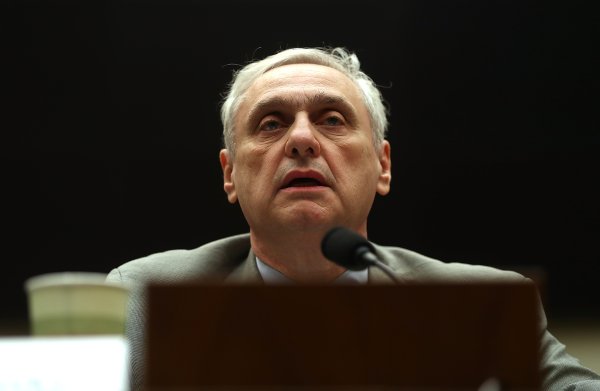