The History Behind 25 Holidays Coming Up in 2018

To get 2018 started on a festive note, here’s TIME’s guide to the history behind some of the major dates on the 2018 American holiday calendar:

Martin Luther King Day: For Jan. 15, learn why the holiday didn’t become law until 1983, though the civil rights leader died in 1968.

Valentine’s Day: On Feb. 14, impress your date with your knowledge of how the heart symbol became associated with love.

Ash Wednesday: And for the other Feb. 14 holiday, see where the ashes come from and what they represent.

Presidents Day: Mark the Feb. 19 holiday but remember that its real name is “Washington’s Birthday.”

Passover: Beginning the evening of Mar. 30, you might want to know the roots of the holiday’s food and traditions, and how celebrants in different regions of the world conduct their seders.

Easter: For April 1, here’s how Easter eggs and the Easter rabbit became associated with the Christian holy day.

April Fools’ Day: But watch out, because April 1 is also this day for pranks — an idea with mysterious origins.

Mother’s Day: While celebrating mothers on May 13, remember how a mother who lost nine of her 13 children inspired the push for a holiday devoted to moms.

Memorial Day: The May 28 date has a somber origin story, but here’s how the holiday got its party-hardy reputation.

Father’s Day: For June 17, here’s why dads didn’t get their own holiday until more than half a century after Mother’s Day was proclaimed.

Canada Day: The July 1 holiday is not to be confused with Canadian Independence Day.

Independence Day: Ironically, on July 4 you might want to know that the real Independence day is July 2nd — and why Americans celebrate it on the Fourth instead.

Women’s Equality Day: On Aug. 26, meet Bella Abzug, the Congressperson who introduced the bill that designated the day as such.

Labor Day: For Sept. 3, read up on how a bloody railroad strike led to the first Labor Day celebration. Plus, why it’s OK to wear white after Labor Day.

Rosh Hashanah: Beginning of the evening of Sept. 9, welcome the Jewish New Year with the surprising story of how a Danish rabbi saved the lives of about 7,000 local Jews on Rosh Hashanah in 1943.

Columbus Day: The Oct. 8 holiday is rife with history, from how the idea that Columbus discovered America spread to how a movement started replace the holiday with Indigenous Peoples Day.

Canadian Thanksgiving: For the same day, Oct. 8, here’s how the Canadian holiday differs from the U.S. version — and why it takes place a whole month earlier than the more southerly version.

Veterans Day: The Nov. 11 date still commemorates the World War I armistice, but here’s how the name got changed from Armistice Day to Veterans Day.

Thanksgiving: For Nov. 22, here’s why we know so little about the first Thanksgiving, and how one woman lobbied Abraham Lincoln to make it a national holiday 200 years later.

Hanukkah: Beginning the evening of Dec. 2, celebrate the festival of lights with the knowledge that its origins are more mysterious than you might think, as is the history of some of its most beloved traditions.

Christmas: For Dec. 25, gift yourself the story of how Christmas became a national holiday.

Kwanzaa: For Dec. 26, remember how the holiday was conceived during a key moment in the civil rights movement.

New Year’s Eve: Ring in 2019 at the close of Dec. 31 with the origins of the traditions to ring in the new year, such as the ball drop and singing “Auld Lang Syne.” 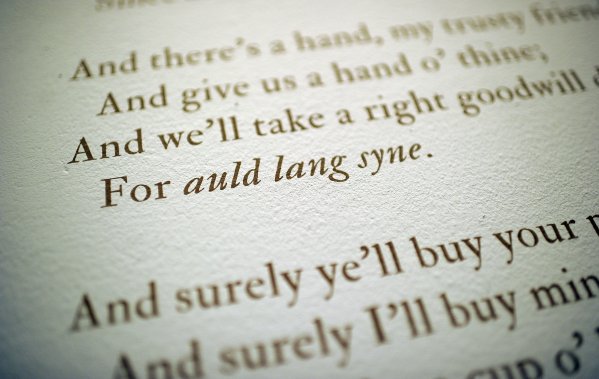