The Lyrics of "Auld Lang Syne" on display as part of an exhibition at the Morgan Library and Museum in New York, Dec. 9, 2011.
Emmanuel Dunand—AFP/Getty Images
By Olivia B. Waxman

When the clock strikes midnight at the end of December 31, the first thing many New Year’s Eve revelers are likely to hear — if the noisemakers haven’t ruined their hearing yet — is the song “Auld Lang Syne.”

It’s not clear who exactly composed the music for the Scottish folk song, which has a long history of being sung to mark the end of something — or even how best to interpret the meaning of the song’s Scots language title, which is often attributed to the poet Robert Burns and could be literally translated as “Old Long Since.” (The Scottish government goes with the popular “for old times’ sake.”) What is clear is that Canadian bandleader Guy Lombardo helped make it a New Year’s Eve tradition in the United States.

Long before Dick Clark’s New Year’s Rockin’ Eve became an end-of-year entertainment tradition, there was the New Year’s Eve concert hosted by Lombardo, “the last great dance-band leader,” as TIME once called him.

“His New Year‘s Eve concerts in New York City, which began in 1929, became an institution,” the magazine noted in his 1977 obituary. “First on radio, then TV, Lombardo‘s rendition of Auld Lang Syne marked the nation’s rite of passage from the old year to the new.”

But where did Lombardo get the idea to make the song part of his New Year’s Eve repertoire? He explained the story to LIFE magazine in 1965 thus:

People then, as now, thought the song was cheesy, to which Lombardo told the magazine, “call it corny—I don’t care.”

Yet LIFE summed up how it endured, despite the complex feelings about the song that remain true today. If the song weren’t played on New Year’s Eve, “a deep uneasiness would run through a large segment of the American populace—a conviction that, despite evidence on every calendar, the new year had not really arrived.” 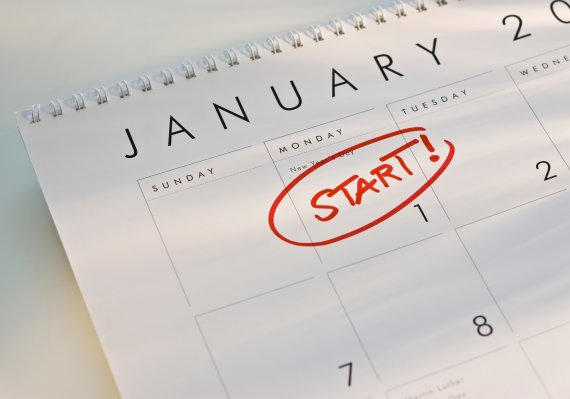 This Is the Easiest New Year's Resolution to Keep
Next Up: Editor's Pick