The Internet Wants to Know: Who Is the Best Villain Ever?

TIME’s new weekly roundup brings you the best and most surprising things happening on Reddit.

People love to watch villains ruin things for heroes so much that many have devout fans. So which beloved evildoers were the best and doing their worst this year? Or for that matter, ever? People on Reddit have been keeping busy sharing their thoughts on who’s so good at doing bad.

Villain with the best lines?

One of the most popular best villain line suggestions from Goldfinger didn’t come from full-time quote-machine and part-time spy James Bond. It was his nemesis’s comeback. Bond’s question: “do you expect me to talk?” Goldfinger’s answer: “No, Mr. Bond. I expect you to die.” Another redditor floated a comforting swatch of prose from Satan in Milton’s classic tome Paradise Lost “The mind is it’s own place, and in itself can make a heaven of hell, a hell of heaven.” Leave it to the devil himself.

Which villain actually had a reason for being so villainous?

As for which villains had a motive you could believe, look no further than a “which villain actually had a point” thread, where users namechecked Terry Benedict (Andy Garcia) from Ocean’s Eleven, Hades from Disney’s Hercules (James Woods), and The Joker (Heath Ledger) from The Dark Knight.

The Dark Knight In Christopher Nolan’s 2008 sequel to Batman Begins, Christian Bale returns as Batman, this time joined by Heath Ledger as the ultra-creepy villain known as The Joker.
Warner Bros.

And the best video game villain?

MaximumGamer1 put forth the case for Majora who is out to destroy Termina in the game The Legend of Zelda’s: Majora’s Mask.

And Reddit’s favorite villain of all time?

Darth Vader and Voldemort were baddies that kicked off an interesting discussion. Because even their dastardly henchmen are freaked out by their evil acts. 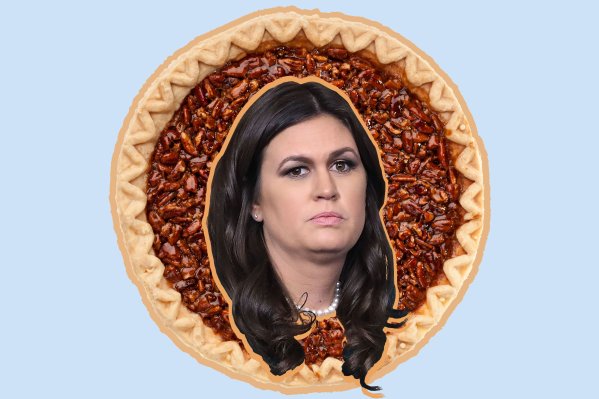 The Internet Doubted That Sarah Huckabee Sanders Made a Pie. So She Shared Her Next One
Next Up: Editor's Pick