Why Millions of Children Could Lose Their Health Insurance in 2018

There are 8.9 million children in the U.S. whose health depends on the federally-funded Children’s Health Insurance Program (CHIP), and in a matter of months — and in some cases mere weeks — these children could be out of luck. This is because CHIP’s funding expired at the end of September — more than two months ago.

It could be said that Congress faces a race against the clock. Lawmakers are under mounting pressure to reauthorize the program as states drain the last of their CHIP coffers to keep children covered. At least five states will be completely out of funding by the end of January, with many more forced then to start phasing out their coverage programs.

But calling it a race would imply a certain urgency that doesn’t seem to apply to Capitol Hill. The House of Representatives passed a reauthorization bill in early October, but it’s remained in a purgatorial state since. The Senate has failed to bring the legislation to the floor, instead busying itself with fast-tracking a controversial tax reform bill.

Unlike the tax bill, CHIP is an immensely popular piece of legislation. A bipartisan effort introduced two decades ago, the program offers health insurance coverage to those children whose parents don’t have — or can’t afford — private insurance but also do not qualify for Medicaid. It operates as a block grant system: the federal government gives lumps of cash to individual states, which allocate that money as they see fit. If reauthorization doesn’t happen, the vast majority of states will run out of money by the end of spring, according to a report by the Kaiser Family Foundation.

Conversation around CHIP was renewed on the Hill on Tuesday, after talk show host Jimmy Kimmel addressed the issue on Monday night’s episode of Jimmy Kimmel Live. He spoke tearfully while holding his 7-month-old son Billy, who has undergone several operations to address a congenital heart condition.

“Now CHIP has become a bargaining chip — it’s on the back burner while they work out their new tax plan,” Kimmel said. “Which means parents of children with cancer and diabetes and heart problems are about to get letters saying their coverage could be cut off next month. Merry Christmas, right?”

This isn’t the first time Kimmel has used his platform to invoke political change, and once again politicians appeared to be listening.

“This is not just a failure of one program,” Sen. Mike Rounds, a Republican from South Dakota, said on Tuesday. “This is the failure of Congress for the last 43 years to do their work on time. This is just the current manifestation of that failure.”

But those on the other side of the aisle pointed their finger at Republicans, who control both houses of Congress.

“We have a Republican leadership more concerned about throwing 30 million off healthcare and giving tax breaks to billionaires than worrying about the health of children,” Sen. Bernie Sanders of Vermont said.

“Well, you’re going to have to ask Leader McConnell that, won’t you?” Sen. Tammy Duckworth of Illinois said briskly when asked if the Senate had any imminent plans to reauthorize CHIP.

Right now, there’s talk of keeping the program funded through the larger government funding bill that Congress has to pass by Dec. 22 in order to avoid a government shutdown.

“I sure hope this happens,” Sen. Rob Portman, an Ohio Republican, said on Tuesday. But the fate of that package is anything but certain. Republicans will likely need Democratic votes to pass it, and Democrats could potentially hold out their support if the package contravenes their priorities: a dearth on non-military funding, perhaps.

For now, rhetoric will have to suffice.

“It’s just something that needs to be done,” Sen. Cory Booker, the New Jersey Democrat, said. “It’s outrageous to me that it hasn’t been done. These are children across the United States of America who need it done as soon as possible.”

Last week, President Donald Trump signed a temporary stopgap measure that keeps CHIP funded through December, but even its sponsors concede that it is only an interim solution. 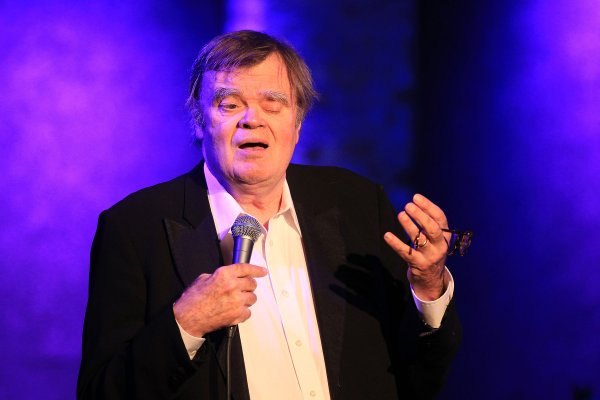