Anyone who has worn a fitness tracker or smartwatch to the gym has probably noticed that the stats on your wrist rarely match what’s being shown on the treadmill or elliptical. That’s part of what Apple is hoping to solve by making it possible for the Apple Watch to communicate directly with compatible workout equipment through its GymKit program, which is just starting to appear in fitness clubs after it was announced in June.

GymKit is a platform that makes it possible to sync your Apple Watch with certain cardio exercise machines, allowing the watch and the equipment to exchange information so that they can provide more accurate feedback. The program is starting to launch in the United States after first appearing in Australia last month and the United Kingdom earlier in December.

GymKit takes a page from other Apple services like Apple Pay — just tap your watch against the machine, and your watch should pair it if it’s compatible. For now, GymKit will only work with cardio machines like treadmills, ellipticals, indoor bikes, and stair-steppers from companies like Life Fitness, Technogym, Matrix, and Star Trac among others. Machines that support Apple’s technology will display a corresponding logo on screen to let you know that you can connect your Apple Watch.

Read more: Review: Apple’s New Watch Only Partly Frees You From Your Phone

But GymKit availability in the U.S. is limited for now — it’s now available on cardio machines made by Technogym at Life Time Athletic’s fitness facility at Sky Club in New York City. The chain has plans to support it in 14 new clubs in 2018 as well as its existing 130 locations via a software update. Equinox will also be rolling out GymKit next year and plans to include GymKit-enabled cardio machines made by Life Fitness in all of its new clubs.

With GymKit, the Apple Watch can sync your entire workout to your wrist even if you don’t pair it until the middle or end of your exercise session, as Apple showed during a recent demonstration. The bigger benefit, though, is the fact that allowing your Apple Watch to share data with exercise equipment and vice versa can help both devices provide more precise observations about your workout. The reason your Apple Watch and the treadmill at the gym don’t always show matching numbers is simply because they’re usually working off of different information.

If you’re starting a run by pressing the Quick Start option on the treadmill, for example, the treadmill likely doesn’t know personal details like you’re height, gender, or weight as the Apple Watch does. This can factor into how calorie burn is calculated, which would explain why the statistics shown on your watch aren’t always the same as those shown on gym equipment. Similarly, the Apple Watch can’t tell if you’re running on an incline on the treadmill — even if you’re using the third-generation Apple Watch which has a barometric altimeter.

Apple also isn’t the first to create wearable devices that can sync with workout equipment. Life Fitness machines were already capable of connecting to popular fitness apps and platforms, but could only do so through its LFConnect app. GymKit appears to be a more ambitious approach that seeks to make it simpler to sync your Apple Watch in real time without having to download individual apps from equipment manufacturers.

Although it might take some time before GymKit becomes common, Apple did say during its Worldwide Developer Conference in June that its equipment partners account for 80% of the market. 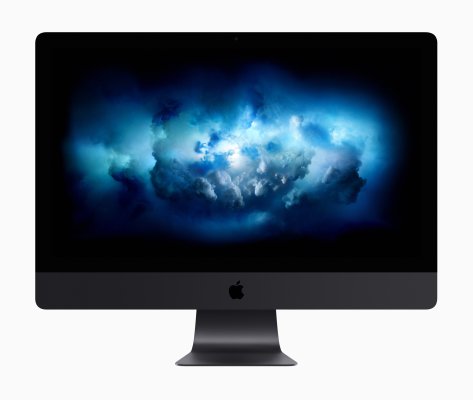 Apple's 'Most Powerful Mac Ever Made' Finally Has a Release Date
Next Up: Editor's Pick