The NFL suspended three analysts on Monday night, including Hall of Fame running back Marshall Faulk, pending investigation into sexual harassment allegations following a lawsuit from a former employee.

The suit, filed by Jami Cantor, a former wardrobe stylist at the network, details a variety of alleged behaviors including groping, inappropriate comments, and sexually explicit text messages.

The two other suspended analysts were the former players Ike Taylor and Heath Evans. A former executive producer, Eric Weinberger, and another former player, Donovan McNabb, were also named. Neither are still employed by the NFL.

The suit, a copy of which has been uploaded by Deadspin, alleges Faulk groped Cantor’s breasts and behind, and asked her “deeply personal and invasive questions” about her sex life. It also alleges the “aggressive” Faulk invited Cantor to his hotel room, pulled out his genitals in front of her and pinned her to a wall, demanding oral sex.

Weinberger allegedly sent Cantor “several nude pictures of himself and sexually explicit texts.” He is also accused of pressing his crotch against her and asking her to touch him, according to Bloomberg.

A spokesperson from the Bill Simmons Media Group, where Weinberger now works, said he had been placed on indefinite leave, according to the New York Times. “These are very serious and disturbing allegations that we were made aware of today. We are placing Eric on leave indefinitely until we have a better understanding of what transpired during his time at the NFL, and we will conduct our own internal investigation.”

The suit also said Cantor had complained of the harassment to Marc Watts, the NFL’s talent coordinator, who allegedly failed to act, saying: “It’s part of the job when you look the way you do.” 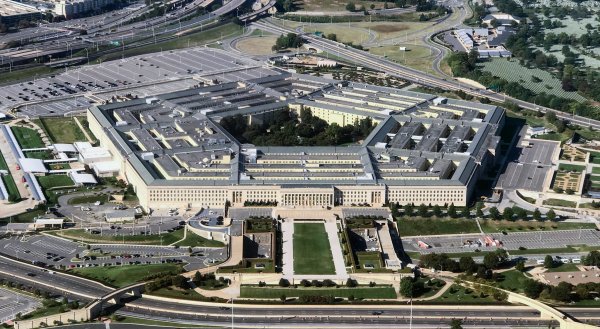 Women in National Security Sign Letter on Harassment
Next Up: Editor's Pick