The 32 year-old British former banker made global headlines last year after he tortured and killed two women in the territory. He is currently serving a life sentence in a maximum security jail, but applied yesterday for leave to appeal his conviction on the basis that that the prior judge had “wrongly directed the jury.”

The former British banker’s defense team, lead by Jutting’s barrister, Gerard McCoy SC, made a highly technical argument during two days of hearings, asserting that trial judge Justice Michael Stuart-Moore had mislead the jury when explaining to them how to understand Jutting’s state of mind in relation to the murders.

“The error made by the learned judge orally and in writing made repeatedly to the jury was to direct the jury that an abnormality of the mind for the purposes of the homicide ordinance meant a disorder,” McCoy told Justices Michael Lunn, Andrew Macrae, and Kevin Zervos.

John Reading SC, for the prosecution, maintained that the way the prior judge posed questions to the jury “was appropriate” and cited several testimonials from the previous trial of psychiatric experts who assessed Jutting’s state of mind.

Cross-armed in a royal blue button-down, Jutting, markedly slimmer than he was during his trial, appeared to concentrate closely on the exchanges, occasionally flipping through his own stack of court papers.

The Cambridge-educated former employee of Bank of America Merrill Lynch was found guilty last year for killing two Indonesian migrant workers in 2014. The Briton slit the throat of Sumarti Ningsih, 23, after three days of torturing her in his luxury high rise apartment. Days later, Seneng Mujiasih, 28, was killed in similar fashion.

The double murder trial shocked the world as the horrific details of the killings surfaced, the most incriminating of which came from iPhone footage shot by Jutting himself. Under the influence of alcohol and cocaine, Jutting was arrested after he called the police to the apartment where the mutilated bodies of the two women were found.

Jutting pleaded not guilty to murder but guilty to manslaughter, claiming he carried “diminished responsibility” due to his cocaine and alcohol dependencies, as well as his narcissist and sexual sadistic conditions.

According to Jutting’s solicitor Michael Vidler, a ruling on the application is expected within six weeks. 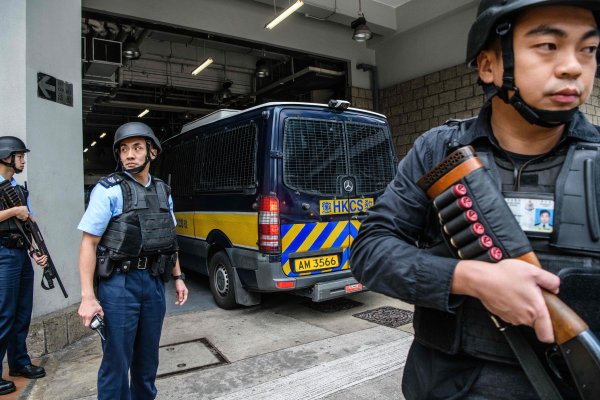