Political prisoners in North Korea’s gulag-like penal system have been systematically tortured, raped, and executed for transgressions as minor as digging for edible plants, according to a landmark report.

The International Bar Association (IBA) War Crimes Committee on Tuesday released the findings of an investigation into clandestine North Korean political prisons known as kwanliso. Their report determines that through these facilities, North Korea’s “Supreme Leader” Kim Jong-un has presided over 10 of the 11 crimes against humanity enumerated in the Rome Statute, the founding treaty of the International Criminal Court (ICC). Among them: murder, extermination, enslavement, torture, and sexual violence.

Presented to the War Crimes Committee in Washington D.C. in 2016, the defectors’ testimonies included accounts of prisoners being tortured or killed because of their religious affiliation, forced abortions, and infanticide. One account described a prisoner’s newborn being fed to guard dogs. Each year at one of the camps, according to defector testimonies, authorities deliberately overwork and starve to death between 1,500 and 2,000 mostly child prisoners.

The ICC should now investigate and prosecute Kim for crimes against humanity, the report concludes, as well as complicit members of the Workers’ Party of Korea and its Politburo.

Before the report’s publication, former ICC judge Thomas Buergenthal, a child survivor of Auschwitz, told the Washington Post, “conditions in the [North] Korean prison camps are as terrible, or even worse, than those I saw and experienced in my youth in these Nazi camps and in my long professional career in the human rights field.”

“There is not a comparable situation anywhere in the world, past or present,” former United Nations high commissioner for human rights Navi Pillay, another of the report’s authors, told the Post.

Between 80,000 and 130,000 North Korean political prisoners are thought to be detained in gulag-like facilities in the country. Although Pyongyang officially denies holding dissidents captive, satellite images cited by the IBA show apparent kwanliso occupying tracts of land studded with guard towers and encircled by electric fencing and barbed wire.

According to Steven Kay QC, a past chair of the IBA’s War Crimes Committee, the investigation set out to determine whether kwanliso established decades ago by Kim Jong Un’s grandfather still exist and, if so, whether the treatment of detainees inside constitutes crimes against humanity. “It was believed that whole generations of families still remained in these isolated camps and the people incarcerated in barbaric conditions had no prospect of release,” Kay tells TIME in a statement.

The report’s exposure of horrific conditions persisting at the five designated camp areas in North Korea, Kay adds, “shines a light upon what happens to ordinary people who have no political voice and no rights including that of survival.” 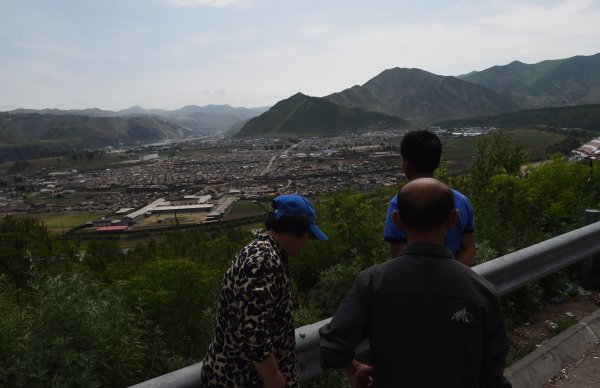