'I've Got Something to Say to This Guy.' Watch Stephen Colbert React to the New York Bomb Attack

Stephen Colbert weighed in on the New York City bomb attack Monday, during his nightly monologue on the Late Show aired only hours after the 27-year-old suspect was arrested.

Around 7:20 a.m. on Monday, a man authorities later identified as Akayed Ullah partially detonated an improvised explosive device that was attached to his body at an underground walkway near the Port Authority Bus Terminal and Times Square. At least four people suffered non-life-threatening injuries in the blast, which also caused panic among morning commuters.

Officials said the suspect was acting alone and was inspired by ISIS, though he did not have direct contact with the group.

Colbert remarked that the suspect was a resident of Brooklyn, so “used only locally sourced handmade artisanal bomb parts.” The comedian then advised that it would take more than Monday’s blast to rattle New York City commuters.

“I’ve got something to say to this guy,” Colbert said. “Seriously? You tried to terrorize New York subway commuters? Nice try.”

“New York commuters don’t even flinch when the subway break dancers kick two inches away from their face. They have to battle rats for their seats, which, for the record, you should only give up if the rat is pregnant,” he added. 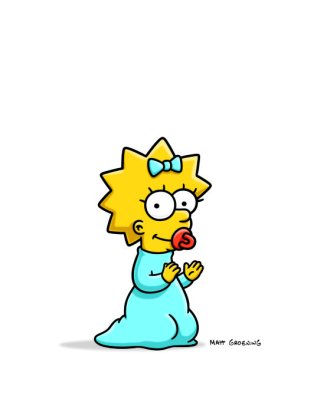 The Simpsons Addressed Your Most Burning Question
Next Up: Editor's Pick