Congresswoman: Roy Moore Poses 'Threat to the Safety' of Teenage Pages at the Senate

Embattled Alabama judge and U.S. Senate candidate Roy Moore, who is accused of inappropriate sexual behavior with minors, is a threat to teenagers who work as pages in the Senate, a congresswoman said.

The warning was issued a day ahead of Alabama’s special election by Democrat Rep. Gwen Moore of Wisconsin, who wrote to the office of the Sergeant at Arms and Doorkeeper — the administrative body that oversees the Senate, according to the Washington Post.

In her letter, Gwen Moore said she was concerned about Roy Moore’s interactions with high school juniors who work as Senate pages, a role that assists with entry-level tasks such as document delivery and cloakroom assistance.

“I write you today to share my urgent concern regarding the threat to the safety of the young men and women working in the United States Senate Page Program if Roy Moore becomes the U.S. Senator,” Gwen Moore wrote, the Post reported. “I would like to know what preventative steps are being undertaken to safeguard Senate Pages from predatory conduct of U.S. Senators and Senate staff.”

Eric Harris, a spokesman for Gwen Moore, told the Post that her office had yet to receive a response. When asked about the timing of the letter — before the election, not after his potential victory — Harris said “the congresswoman believes that prevention, rather than intervention, is the most effective way to approach this issue,” according to the Post.

Roy Moore’s office did not immediately respond to a request for comment. He has repeatedly denied accusations of sexual harassment and assault since the Post reported allegations from five women — teenagers at the time, including one who was 14 — in November.

The Post‘s allegations date back to the 1970s, when Roy Moore was an assistant district attorney in his 30s. Since the Post‘s story, several other women have come forward with allegations that he made unwanted sexual advances. 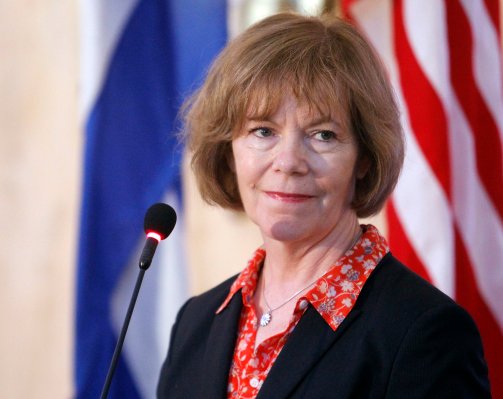