Jones, who the Associated Press called the winner shortly before 10:30 p.m. Eastern, also became the first Democrat to succeed in 2017’s Congressional special elections, with the exception of California’s 34th district, which only had Democrats contending for the seat.

Depending on timing, Jones could potentially pose an impediment to Republican lawmakers’ attempts to pass tax reform, which lawmakers are currently hashing out with their colleagues in the House of Representatives and would like to send to President Donald Trump before the new year.

Jones’ win also means that the Republicans’ majority for the foreseeable future has narrowed to just 2. The split will be 51-49, which means the Republican party can only afford one defection on a bill for it to pass the chamber. (Vice President Mike Pence would cast the tie-breaking vote in that scenario). No Democratic Senators voted for the tax reform proposal when it passed in the early morning hours of Dec. 2.

But McConnell reportedly said that Luther Strange, the current Alabama Senator who lost to Moore in the Republican primary, will remain in the Senate through the end of the session.

Jones’ win in Alabama, a state which tends to favor conservative candidates, was arguably aided by the rocky candidacy of Moore, who found himself embroiled in controversy when multiple women alleged he had pursed them when they were teenagers and he was in his thirties. Moore denied the allegations, but lost the support of Senators who had endorsed him, as well as financial support from the National Republican Senatorial Committee, although he ultimately regained support from the Republican National Committee and won the endorsement of President Trump. The White House and the RNC initially remained silent when Jones’ win was announced.

Exit polls, however, showed that Jones was buoyed by African-American turnout, which stood at roughly 30%, 2% higher than the 2012 election. These voters overwhelmingly broke for Jones, 96 percent to 4 percent. Jones was also the clear favorite among younger voters, winning the 18-64 age range by eight percentage points, and college graduates, a group he won by twelve percentage points. Turnout in general, which Merrill said exceeded 35 percent, was significantly higher than the Secretary of State’s office had anticipated.

But unlike Moore, Jones, who had a massive spending advantage over Moore — he raised nearly $12 million while Moore raised a little over 5— had the full support of the Democratic establishment, and on the final days of his campaign he decided to use it.

New Jersey Sen. Cory Booker campaigned for Jones in the state on Saturday, and both former President Obama and Vice President Joe Biden recorded robocalls supporting him. He also had support from celebrities; in the final days of his candidacy he received donations from Hollywood stars like Rosie O’Donnell and Jimmy Kimmel. Charles Barkley joined him onstage at his final rally, and Alyssa Milano phone-banked for him and drove voters to the polls.

Democrats translated that enthusiasm into exuberant victory statements, forecasting a successful 2018 midterm election season and using the victory as an opportunity to blast President Trump.

“This election wasn’t about right versus left, it was about right versus wrong. The people of Alabama sent a loud and clear message to Donald Trump and the Republican Party: you can’t call yourself the party of family values as long as you’re willing to accept vile men like Roy Moore as members,” said DNC Chairman Tom Perez.

President Trump weighed in on Twitter, congratulating Jones while appearing to blame a last-minute write-in campaign from an independent candidate. 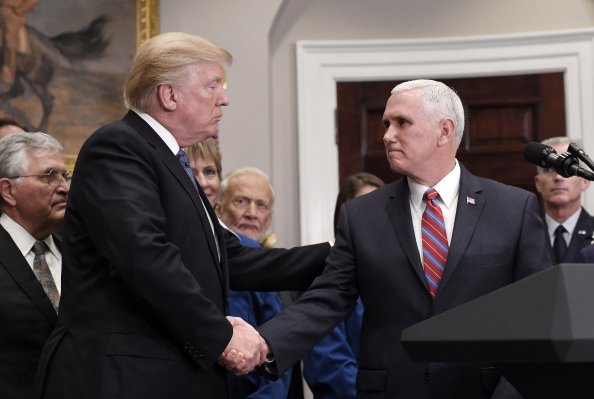