Robert Redford: The GOP 'Tax Scam' Is a 'Dirty Deal' for America

This undated photo shows the Kongakut Valley in the Arctic National Wildlife Refuge in Alaska
U.S. Fish and Wildlife Service/Getty Images
Ideas
By Robert Redford
Redford is an actor, a director, a trustee of the Natural Resources Defense Council and co-founder of The Redford Center.

I’ve always believed our country’s wide open landscapes reflects our unique American spirit. It’s that sense of boundless opportunity, personal freedom and the pursuit of equality that’s defined us as a people, and inspired us, from our start as a nation.

Those values created what is often called America’s best idea, the promise to protect and preserve the natural splendor of this country, not just for some, but for all of us. And not just for today, but for all time.

President Donald Trump is trying to break that promise and sacrifice spectacular lands for the sake of oil and gas profits. His target is the Arctic National Wildlife Refuge, one of the last truly wild places left on this Earth.

The Arctic Refuge is a national treasure, so majestic and wild and beautiful the Gwich’in people call it “The Sacred Place Where Life Begins.” Part of the reason Republican President Eisenhower set aside the Arctic Refuge more than 50 years ago.

Oil and gas companies have coveted those lands ever since. They’ve tried, and failed, more than a dozen times, to break down the protections that guard the refuge from drilling, and the harm they cause.

Congress is about to shell out tax cuts to these same big corporations, and you may not know their deal includes a provision to open the Arctic National Wildlife Refuge to drilling if they get their way.

They are claiming to pay for proposed tax cuts by charging oil companies $100 million a year to mine the Refuge but we all know what’s really going on. $100 million dollars sounds great, but don’t be fooled. It won’t even pay the interest on our new debt for even a single day.

And it’s not even close to being worth the trade for giving up the Refuge. It’s a dirty deal — but it’s not a done deal. Republicans are scrambling to get their tax scam out of Congress and onto Trump’s desk by Christmas. I believe we can still stop it — but we’ve got days, not weeks.

Join me right now to stand up for this special place. Tell Congress you’ll hold them responsible if they give away our lands to the most profitable companies in the world. Remind them of our American spirit, the will to fight and to stand up for causes and ideas bigger than ourselves.

Redford is an actor, director, producer, and environmental activist. He has served as a trustee for the Natural Resources Defense Council for over forty years. 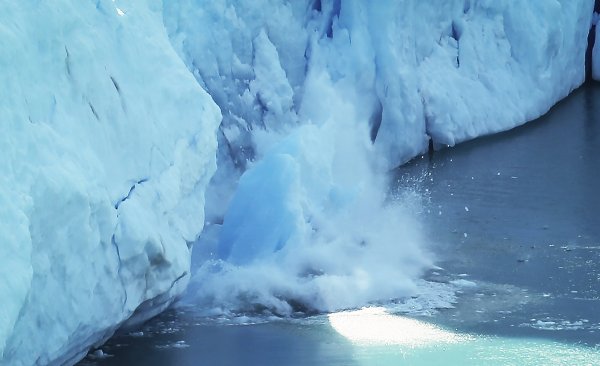 Scientists Measure How Glaciers Will Affect Cities
Next Up: Editor's Pick