President Trump Brags He Was a Top Student at Wharton. Here's What It Said About His Tax Bill

President Trump likes to brag that he graduated from the Wharton School of the University of Pennsylvania, so its take on his tax reform bill might sting a little.

In an analysis of the tax reform bill which passed the Senate, the Ivy League business school found that it would increase the national debt by $1.5 trillion over the next decade, while boosting the economy only a small amount in the short term.

“Penn Wharton Budget Model’s dynamic analysis projects that The Senate Tax Cuts and Jobs Act increases federal debt in both the short- and long-run relative to current policy,” the analysis reads. “In the near term, there is a small boost to GDP, but that increase diminishes over time.”

According to the analysis, the bill’s tax cuts will cost the government $1.18 trillion in unearned revenue by 2027 — a higher sum than previously estimated by the Joint Tax Committee, the nonpartisan congressional auditor, last month. The impact of slashing the corporate tax rate to 20% will be even steeper: $1.4 trillion in lost revenue.

Trump has often cited his degree from Wharton as proof of his intelligence.

“You know, people don’t understand. I went to an Ivy League college,” Trump once said. “I was a nice student. I did very well. I’m a very intelligent person.” 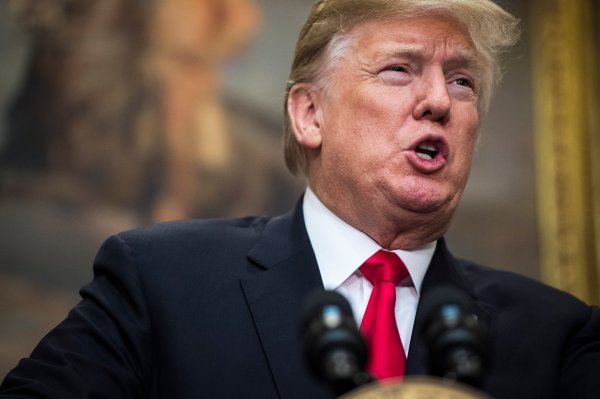 The White House Is Having Its First News Conference Since Trump's Accusers Spoke Out Anew. Watch It Live
Next Up: Editor's Pick