The Best Career Advice to Remember in 2018

2017 is almost over. A new year is nearly upon us. It’s a time for resolutions and reflection.

So it’s not a bad time to think about improvements and tweaks we can make to our own careers.

Business Insider has interviewed numerous successful people about their career experiences and insight. We boiled down the mountain of advice to a few standouts we found particularly interesting.

Here’s some of the best advice we heard this year:

Be intentional with your time

Facebook product design VP Julie Zhuo spends much of the day in meetings.

But before she plunges into these conversations with her teams and direct reports, she likes to make a game plan.

“I try to be very intentional about my time,” she previously told Business Insider. “It’s easy to get into the habit of reacting to what’s happening during the day.”

That means examining exactly what she wants to accomplish in every meeting.

“I go into every meeting with an idea of what I want to do or say,” she said. “That makes it much, much easier when you’re contact-switching between many different things.”

It’s one thing to pay lip service to humility and work ethic. But it’s another to truly demonstrate they’re in line with your values during a job interview.

Daniel Schwartz, the CEO of Restaurant Brands International — the parent company of Burger King, Tim Hortons, and Popeyes — said he always vets job candidates with a certain tricky question to get a better sense of their values.

“One question I ask is, ‘Are you smart or do you work hard?'” he told Adam Bryant of The New York Times.

“You want hard workers,” he said. “You’d be surprised how many people tell me, ‘I don’t need to work hard, I’m smart.’ Really? Humility is important.”

Lead with hard work and humility when presenting yourself in your professional life.

Success is about people — not plans

Plans can only get you so far. If you want to really kick your career into high gear, you’re going to need help from other people.

In an interview with Business Insider’s podcast “Success! How I Did It,” he advised everyone to build “as strong a network as possible, because that’s the thing that most catapults you, in terms of your capabilities, in terms of your abilities to do things.”

Read more: What not to wear to your office holiday party

That’s because Lockheimer takes concrete steps toward achieving what he considers a good work-life balance.

For him, that means dedicating time to doing things that he cares about — liking dropping his kids off at school, watching shows with them at the end of the day, and carving out time in the day to exercise and think about the big picture.

At the same time, he often gets some work done before heading to bed.

“I don’t know if this is good advice or not — but I’m just being honest how it is for me — for me in many ways my personal life and my work life are kind of intertwined,” he previously toldBusiness Insider. “It’s hard to separate those things.”

Lockheimer’s schedule might not be for everyone, but his approach of pursuing a routine that works for him is something everyone could learn from.

Give credit where credit’s due. It’s an old cliché, but it’s one that will earn you respect in your career.

In an interview with Business Insider’s US editor-in-chief Alyson Shontell, PayPal CEO Dan Schulman explained how a personal tragedy led him to realize this powerful lesson about work.

“My sister died and I was leading a big team at the time and I had to take time off,” Schulman said. “It was a difficult, difficult time and when I came back, I realized my team had really hung in there with me and I just realized that what we had accomplished was completely what they had accomplished. I gave them full 100% credit.”

Going forward, Schulman said he appreciated the true value of ensuring all members of your team get the credit they deserve, and that the practice “actually attracts more and more people to your team.” 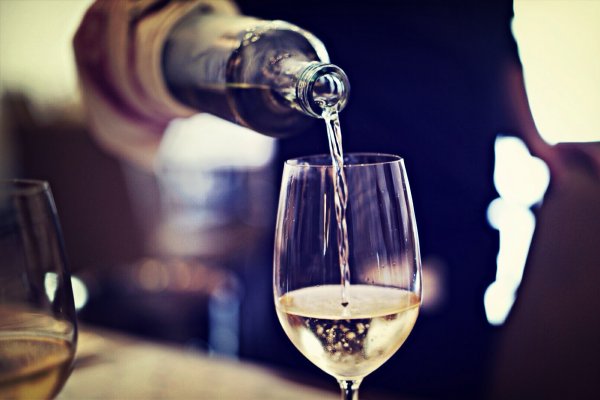 4 Rules to Follow While Ordering Wine at a Restaurant
Next Up: Editor's Pick