The White House Is Having Its First News Conference Since Trump's Accusers Spoke Out Anew. Watch It Live

The three women — Samantha Holvey, Rachel Crooks, and Jessica Leeds — appeared Monday morning on Megyn Kelly Today and later held a news conference in which they called for Congress to investigate the allegations against Trump.

Trump has repeatedly denied all allegations. The White House told Megyn Kelly Todayin a statement: “These false claims, totally disputed in most cases by eyewitness accounts, were addressed at length during last year’s campaign, and the American people voiced their judgement by delivering a decisive victory. The timing and absurdity of these false claims speaks volumes and the publicity tour that has begun only further confirms the political motives behind them.”

Reporters are likely to press Sanders on the accusations, as well as Trump’s support for Alabama Republican Senate candidate Roy Moore, who has denied multiple allegations of sexual misconduct, some involving girls who were teenagers. Moore has also denied the allegations.

The briefing is scheduled to start at 2 p.m. E.T. You can watch it live above. 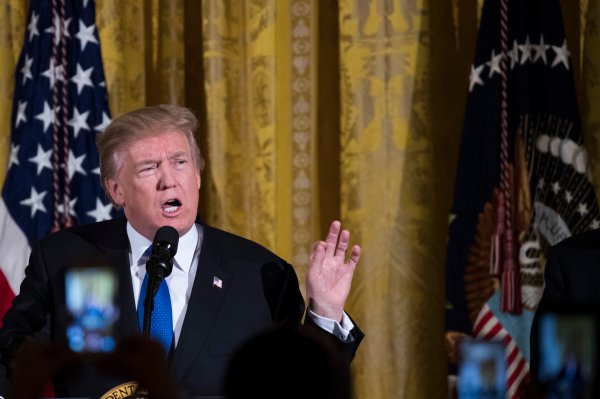