The Simpsons Just Addressed One of Your Most Burning Questions Ever

The Simpsons has been on the air for an impressive 28 seasons (and counting!), making it both the longest-running American sitcom and animated program in history. While some things always change (see: couch gags), many things in Springfield stay exactly the same. For instance, Maggie Simpson has been a baby for the last 29 years, something that Twitter user Brian Frink recently called out.

He posed the question on Twitter: “Umm I’m confused. This is the first time I’m watching @TheSimpsons in forever…

“How is Maggie still a baby with a pacifier? Shouldn’t she be in college by now?!?” As Bart Simpson would say, ay caramba! Luckily, The Simpsons had a quick answer: magic.

That explanation also undoubtedly applies to why Lisa is still an over-achieving eight-year-old (and not yet President of the United States), why Marge’s blue hair hasn’t turned grey, the show’s unique ability to predict the future, why Krusty the Klown still has a job, and why Grandpa Abe is, well, still alive and yelling at clouds (he is not a crackpot!) Just chalk it up to that old Simpsons’ magic. 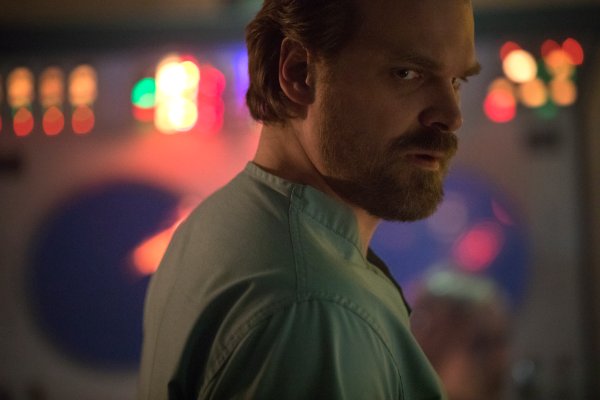 Here's How Long You Might Have to Wait for the Next Season of Stranger Things
Next Up: Editor's Pick