Samantha Holvey, who said last year that Donald Trump personally “inspected” her before the Miss USA pageant a decade earlier, said it was “heartbreaking” when the business mogul was elected President of the United States despite facing several allegations of sexual harassment.

But now, she says: “The environment’s different. Let’s try again.”

Holvey appeared Monday morning on Megyn Kelly Today with Jessica Leeds and Rachel Crooks, two other Trump accusers who are hoping a sea change in the national discussion around sexual misconduct will help their stories find a more receptive audience than last year. Leeds said that Trump groped her and kissed her without her consent on an airplane in the 1970s, while Crooks said that Trump kissed her on the mouth in 2005 while she was an employee at Trump Tower. At least 19 women have accused Trump of sexual misconduct.

Trump has repeatedly denied all allegations. The White House told Megyn Kelly Today in a statement: “These false claims, totally disputed in most cases by eyewitness accounts, were addressed at length during last year’s campaign, and the American people voiced their judgement by delivering a decisive victory. The timing and absurdity of these false claims speaks volumes and the publicity tour that has begun only further confirms the political motives behind them.”

Leeds said that when she realized Trump would actually run for president in 2015, she began telling everyone about what she says he did to her. Leeds, who told Kelly that she’s a Democrat, said she didn’t think she had the power to derail his campaign.

“I wanted people to know what kind of person Trump really is — what a pervert he is,” she said. “I think his core supporters do know — but he’s their dog, and they’re going to stick with their dog.”

Since allegations against Harvey Weinstein broke in October, several other prominent men, including politicians, have faced accusations of sexual harassment and misconduct. Some, like Minnesota Democratic Sen. Al Franken and Arizona Republican Rep. Trent Franks, have lost their jobs.

Read more: The Silence Breakers of the #MeToo Movement Are the 2017 TIME Person of the Year 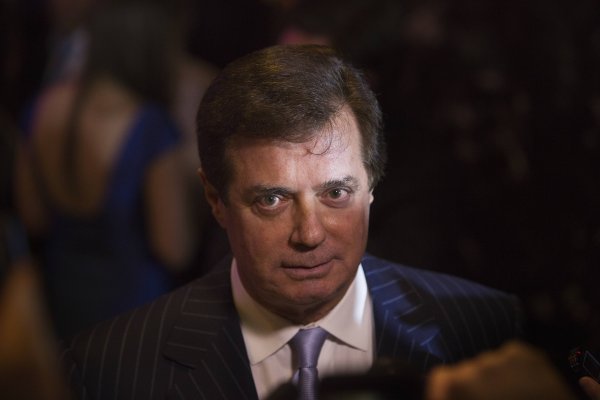 Paul Manafort's Friend Is Still Making a Ton of Money on a Mostly Dormant Trump Super PAC
Next Up: Editor's Pick