Comedian Hannibal Buress Was Arrested for Disorderly Intoxication in Miami

Hannibal Buress was arrested for disorderly intoxication in Miami, Florida, on Saturday, according to police — and the entire incident was reportedly caught on camera.

The comedian and Broad City star, 34, was arrested on the misdemeanor charge at approximately 10:30 p.m. on Saturday, the Miami Police Department said in a tweet. The Miami Police did not immediately respond to PEOPLE’s request for additional comment, but the Miami Herald reported Buress was booked into a Miami-Dade jail at 1:57 a.m. and posted bail shortly before 6 a.m.

TMZ additionally reported that Buress’ bond was set at $500.

Reps for Buress did not immediately respond to PEOPLE’s request for comment.

A video that appears to show the Spider-man: Homecoming actor being pushed into a cop car during his arrest has been making the rounds on social media.

The video, which sparked a #FreeHannibalBuress hashtag on Twitter, appears to show Buress handcuffed and pressed against a cop car as he argued with officers.

“Am I under arrest? For what?” he yelled in the video. “Explain what I’m detained for. What I am detained for?”

One officer replied, “For trespassing,” although Buress was booked on disorderly intoxication charges.

Eventually, an officer firmly guided the man who appeared to be Buress into the back seat of the car.

Buress made headlines this summer when he had actor-director Joe Carroll stand in for him at Hollywood premiere of Spider-Man: Homecoming.

“I’ve actually done body-double work for him before, but not on this capacity,” Carroll told PEOPLE. “I didn’t actually know what he wanted me to do for this until last minute. I was cooking dinner and he emailed me, and I had less than an hour to get ready.”

Buress was on set in Atlanta shooting the star-studded movie Tag, out June 28 of next year, when he came up with the idea to have a look-alike attend for him. Not wanting to miss out entirely on the premiere, he thought it’d be funny to have a guy pretend to be him — but he had no idea it would take off.

“I was on set, in between shooting while it was all happening,” Buress told PEOPLE. “I just couldn’t not be involved at all, and I knew it would get some interest, I but I definitely didn’t expect it to go this crazy. I don’t know how the higher ups feel about it, but I think it was good for all parties. It’s a fun thing — it was harmless.” 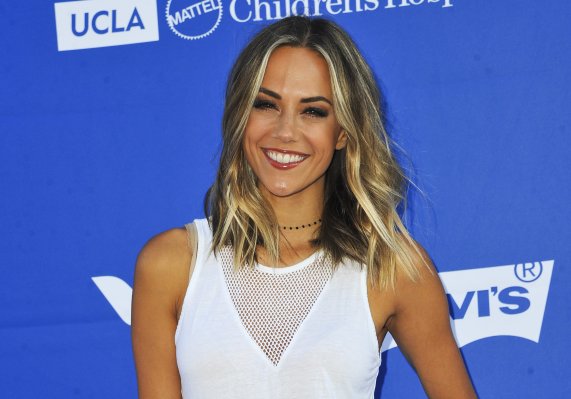 'You Don't Need to Feel Alone.' Actress Jana Kramer Opens Up About Her Miscarriage
Next Up: Editor's Pick