The video, shared publicly on Facebook by user Leo Tapia, shows horses galloping away from growing fires and overwhelming smoke. The region had been hit by the wildfires which have destroyed hundreds of structures and caused thousands of residents to evacuate across the state this week.

In a statement, the California Horse Racing Board estimated that approximately 25 horses perished in the fire, out of nearly 500 who were stabled at the training center. The statement added that individuals working at the San Luis Rey Downs center had “risked their lives in efforts to free the horses from their stalls and herd them into the safer infield area and training track.”

The statement added that the Los Alamitos Race Course, a horse racing track in Cypress, CA, cancelled its Friday afternoon racing program out of respect for the horses who perished in the fires, and people who were involved in helping them escape. 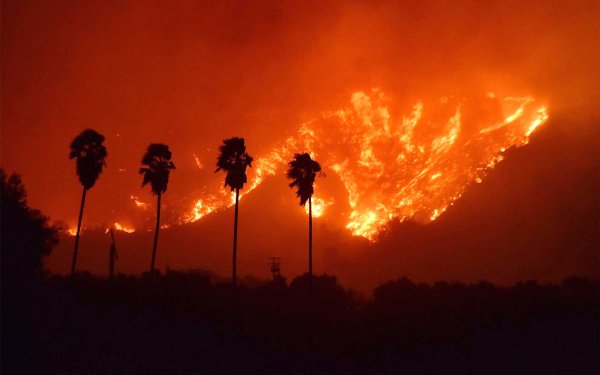 See Exactly Where the Deadly California Wildfires Are Spreading
Next Up: Editor's Pick