President Donald Trump’s approval rating continues to fall, according to one survey, reaching 32% in November — its lowest point since he took office in January.

The new poll, conducted by the Pew Research Center at the end of last month, drew on a handful of topics currently prevalent in the national political conversation: namely the investigation into Russian interference in the 2016 election and the ongoing public campaign against sexual misconduct.

Approval of Trump is largely rendered along party lines, but the survey’s findings note that his support among Republicans has dropped since February: 76% of them approve of his job performance today, down from 84%.

But even his supporters are not unequivocal. Nearly 40% of them said he’d done things or behaved in ways that had proven disappointing; 26% of his supporters complained about his public style, on social media or elsewhere.

Sentiments on the Russia investigation also vary by political affiliation. An overwhelming majority of Democrats — 82% — suspect there was “improper contact” between the Trump campaign and Russia during the election; only a quarter of Republicans agree with them. 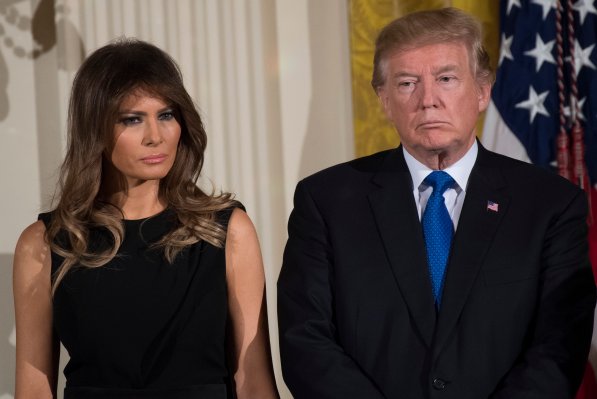 Trump: Hanukkah Party Was 'All About Jerusalem'
Next Up: Editor's Pick