Ralphie May's Cause of Death Has Been Revealed. Here's What to Know About It

Two months after comedian Ralphie May was found dead in a Las Vegas private residence, the cause of his death has been revealed. May, 45, died from hypertensive cardiovascular disease, Clark County Coroner’s office confirmed today to People.

On October 6, the day May’s body was discovered, May’s manager said in a statement that the Last Comic Standing star had been battling pneumonia and had canceled several recent tour dates in an effort to recover. The coroner’s new diagnosis, however, sheds more light on the underlying cause of May’s health problems, as well as his untimely death.

It can also serve as a reminder that hypertension (also known as high blood pressure) and heart disease can affect people of all ages—and that, if left untreated, they can be deadly, even for people in their 40s or younger.

To learn more about these risks, Health spoke with Dr. Brandy Patterson, an assistant professor of cardiology at the University of Virginia. Patterson did not treat May, but she does have many other patients, including young adults, with high blood pressure and heart disease. Here’s what she wants everyone to know about these conditions, including who’s most at risk and how you can protect yourself.

Hypertension and heart disease are different, but related

Hypertensive cardiovascular disease, which May was diagnosed with after his death, is a broad term that could mean a few different things, says Patterson. Over time, high blood pressure can lead to heart or vascular disease in several different ways: It can cause hardening of the arteries or a thickening of the heart muscle itself. It can also cause the heart’s chambers to become dilated, which keeps it from pumping blood and oxygen effectively.

“All of these things make it harder for the heart to work and can lead to heart failure,” says Patterson. Clogged arteries can also trigger blood clots, she adds, which can block the flow of blood and oxygen to the heart. “If the heart muscle is starved of nutrients, that can trigger a heart attack or even death.”

Blood pressure, simply put, is the amount of force on the walls of your arteries by the blood flowing through them. If blood pressure gets too high, it strains the walls of the arteries—which can lead to thickening—and puts excess pressure on the heart.

But one big problem, says Patterson, is that blood pressure isn’t something people can feel on a day-to-day basis. “Nobody feels the force of blood against their artery walls,” she says, “so it’s possible to have no idea this is going on for a long time, until your organs and your heart have been badly damaged.”

RELATED: What Is Cardiac Arrest–and How Is It Different From a Heart Attack?

Once damage to the heart becomes severe, people may begin to have symptoms, like chest pain or trouble breathing while walking or lying down. High blood pressure can also damage other organs, like the kidneys, leading to swelling and rapid weight gain due to fluid retention. It’s possible, though, for this type of damage to build up over years of high blood pressure without any symptoms at all, or for a sudden event like a heart attack or stroke to occur with no warning at all.

Nearly half of American adults now have hypertension

That means that about 103 million Americans—about 46% of the adult population—now meet the criteria for high blood pressure, which should be monitored and treated by a doctor. “The number of men under 55 with hypertension is now triple under these new guidelines, and the number of women under 55 is now double,” says Patterson.

Patterson says physicians are seeing more and more people under the age of 55 with high blood pressure and heart disease, and it’s not just because of changing medical definitions. America’s ongoing obesity epidemic also plays a large role. (May once described himself as a “comedian who happens to be fat,” and he occasionally referenced his weight in his stand-up routines.)

A family history, lack of exercise, poor diet, smoking, and heavy alcohol use are also risk factors for both high blood pressure and heart disease, says Patterson. “And let’s not forget about stress, which changes the neurotransmitters in the brain and triggers the adrenal glands to produce hormones that increase blood pressure,” she says. “Think about what a comedian does every night: He’s up on stage and everyone’s laughing, but is it stressful? I would imagine so.”

Know your blood pressure, and your risk factors

Without treatment, however, high blood pressure can wreak havoc throughout the body, she says. “We should be checking patients with risk factors as early as possible,” says Patterson, “because the damage can start as early as adolescence, and it’s important to address these problems sooner rather than later.” 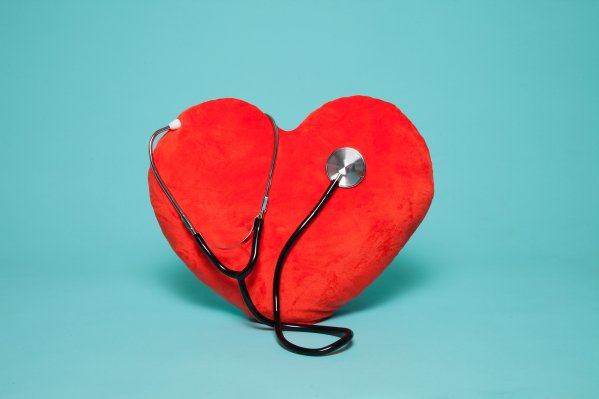 Almost Half of Americans Have High Blood Pressure
Next Up: Editor's Pick