Heidi Swartz, Facebook’s head of employment law, likes to use the example of a senior employee inviting a junior employee up to his hotel room — after he has told her that he will be providing feedback on her job performance. Perhaps he isn’t her direct manager. Perhaps he truly wants to show her the view. That’s the kind of scenario that employees might hear at a training. “Everybody relates to examples,” Swartz says.

The power of example is also the reason that Facebook published the company’s policies on sexual harassment and bullying on Friday, along with information about how complaints are investigated when they arise. (And, at a company with 23,165 employees, they do arise, though Facebook isn’t sharing numbers.) “We don’t think our policy is necessarily the best one out there,” Swartz says. “We’re hoping to start a discussion.”

Facebook is doing this partly to help smaller companies, which might not be able to afford a bevy of in-house employment lawyers and could use a model for setting up their own policies. In dissections of Silicon Valley’s problems with inclusion — especially regarding women — critics often point to the fact that startups will ignore unsexy things like writing up workplace policies until they’re “hiring an HR person to get out of trouble,” as one exec put it. Founders are strapped for cash, under pressure to grow fast, and end up playing catchup.

Women in tech have repeatedly called out cultures that permit inappropriate and sexist behavior in the workplace. The story of former Uber employee Susan Fowler, who detailed how she was sexually propositioned and discriminated against at the company, is a high-profile example of widespread issues. In one informal survey, 60% of women who work in tech reported dealing with unwanted sexual advances. Of those, 65% said those advances had come from a superior. And nearly 40% said they did not report harassment because they feared it would have a negative impact on their careers.

Swartz says that Facebook is also sharing this policy with hopes that “peers” will follow suit, so everyone can compare notes and do a better job of avoiding “the kinds of things we’re reading about.” Companies are often guarded about nitty-gritty workplace details, which is why it wasn’t that long ago that the biggest names in tech were fighting to keep the demographics of their workforce a secret. Executives might fear that sharing information will have unforeseen legal implications. Businesses might consider their policies proprietary, Swartz says, or be loathe to publish something that will inevitably require updating. California, for instance, recently approved new employment regulations regarding gender expression, requiring all the businesses in the state to take a fresh look at their guidelines.

Facebook, in Silicon Valley fashion, is taking the position that more opportunities for feedback will lead to a better understanding of flaws in the system and, therefore, improvement. “We can all talk about how we can do better,” Swartz says.

The same logic helped drive companies to follow Google’s lead after the company first publicly shared data about the diversity of its workforce in 2014. Just a few years later, its become an annual rite for that firm, as well as Facebook and Twitter and other players who have vowed to be more inclusive of women and people of color. In the wake of Fowler’s expose and other workplace problems, Uber also released its first report earlier this year, joining those who have sought edification through transparency.

By trying to start a trend, Facebook is sending a message to those inside and outside the company that this issue is taken seriously in Menlo Park (and stands to have its reputation benefit from the optics of that seriousness, too). Swartz says that behavior need not be illegal to run afoul of the company guidelines: While “one or two comments” might not amount to sexual harassment in a courtroom, because laws often require that behavior is pervasive, it could lead to losing a job with them, she says.

On Dec. 3, Sheryl Sandberg wrote a post on Facebook that, in hindsight, foreshadowed this release. She recalled times when she had been harassed in her career — including an incident when a man banged on her hotel door until she called security — and she emphasized that this cultural reckoning cannot end with people sharing their stories. “We need systemic, lasting changes that deter bad behavior and protect everyone,” Sandberg wrote. “Too many workplaces lack clear policies about how to handle accusations of sexual harassment.”

It’s not a simple thing to do. There are fears of retaliation and fears of stigma. Situations can boil down to one person’s word against another. Swartz says processes must be clear and fair: No one should be considered guilty until proven innocent, nor innocent until proven guilty. There must be a regular process used to gather the facts by impartial people. Individuals must be able to be anonymous at times, yet always accountable. And while some infractions, like groping, clearly cross a line, it can be hard to know when more subtle behavior is worthy of filing a report. (For her part, Swartz says she rather have employees raise the issue, because at the very least someone is going to learn something.)

“There’s no question that it is complicated and challenging to get this right. We are by no means perfect, and there will always be bad actors,” Sandberg and Lori Goler, head of HR at Facebook, wrote in a joint post about publishing the policies. “What we can do is be as transparent as possible, share best practices, and learn from one another — recognizing that policies will evolve as we gain experience.” 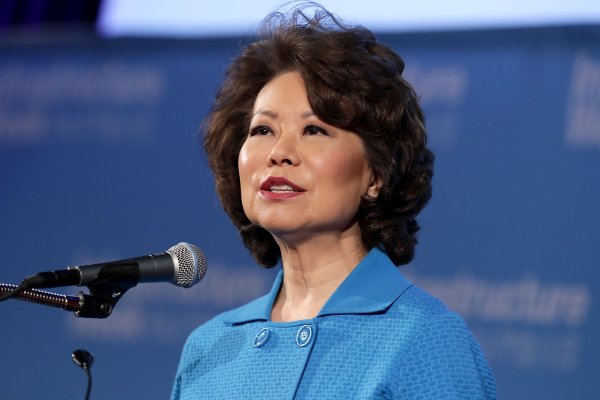 Transportation Secretary Elaine Chao Shares 'Me Too' Moment
Next Up: Editor's Pick