Bribiescas teaches biological anthropology at Yale University and is the author of Men: Evolutionary and Life History and How Men Age: What Evolution Reveals about Male Health and Mortality.

As an anthropologist who studies the evolutionary biology of men, I have followed with distress the recent spate of reports on the sexual harassment and abuse of women by high-profile men, and the inevitable question that follows: Are men simply prewired to behave badly towards women?

When this rationalization is implied — and it commonly is — the conversation often leads to one explanation: evolution. Maybe, some suggest, behaviors like sexual harassment and violence towards women are the result of millions of years of evolution. Maybe the selection pressures of men and male competition, in tandem with the need to reproduce, have perhaps led to the entrenchment of bad behaviors in men. Maybe it is part of our biology, our DNA — and us men cannot help ourselves. It is asked: Can we simply say “boys will be boys” and explain sexual harassment as the natural extension of maleness?

The answer is no. We cannot.

While natural selection has and continues to influence human evolution, such as the challenge of emerging and more virulent infectious diseases, it is vital to remember that it does so within the broad and crucial context of environmental influences, including social and economic factors that are squarely under our control. Evolution can inform our understanding of basic behavioral traits in all organisms, including humans. However, evolution cannot say much about individual behavior.

It is true that men are more likely to engage in sexual harassment than women — including in non-human primates and other distantly related animals, for which it is often the case that males are the harassers and perpetrators of violence against females. One of many contributing factors is that natural selection commonly leads to traits that embolden primate males, such as larger body sizes compared to females. This is often associated with males exerting power over females, including harassment. But while humans share many traits with these species, we are not just another primate. We are unique in many ways, including having evolved the heightened ability to adjust to our natural and social environment through our physiology, behavior and culture.

While feelings of aggression, the impulse to exert one’s will on another person and other negative behaviors are part of the daily life experience of virtually every human being, we have also evolved the ability to check those impulses. In the university courses that I taught, I used to make the observation to my students that if the lecture hall were filled with any other species of primates besides young adult humans, they would surely not be listening attentively in their seats. A few would probably be engaged in sexual behavior; some would be fighting and screaming; some males would be harassing females; while others would be engaged in some other basic act. Thankfully this is not the case, at least in my classes. I’m certain that such thoughts are probably well-represented in a lecture hall full of young adults. But as humans we have the evolved ability to manage these compulsions.

As sexual harassment and other unwanted behaviors are often viewed through the lens of evolution, we should remember that natural selection has also promoted the evolution of positive behaviors that are unique to humans and only a handful of other primates. Men care for their children. They bond with mates along a spectrum of sexuality. They look after vulnerable members of our society, such as the sick and elderly. Indeed, it is not aggression but instead empathy and caring for others that are among the most important evolved traits that define us as a species. It is these characteristics that have led us to our evolutionary success while other primates that have long gone extinct. Humans exhibit diverse behavioral repertoires that include the ability to behave responsibly and in a morally preferred fashion. That is, evolution has provided us with the skill sets to not only resist inclinations to behave badly but also to foster and deploy behaviors that might actually make the world a better place, especially for women.

As Charles Darwin himself stated in his book, The Descent of Man and Selection in Relation to Sex, “With civilised people the arbitrament of battle for the possession of the women has long ceased.” In other words, civilized people do not disempower women.

As a species, we have not shed the influence of evolution by natural selection — both bad and good. But evolution has not only led to challenges in our ability to behave morally. It has also endowed us with the abilities to think critically, to reflect and to manage our actions. Collectively, the evolution of culture and social norms allow us to hold ourselves accountable. The issue is whether men are willing to leverage the morally desirable traits that natural selection has provided to all humans — care, empathy, social responsibility and accountability — and whether we all can better nurture their expression. 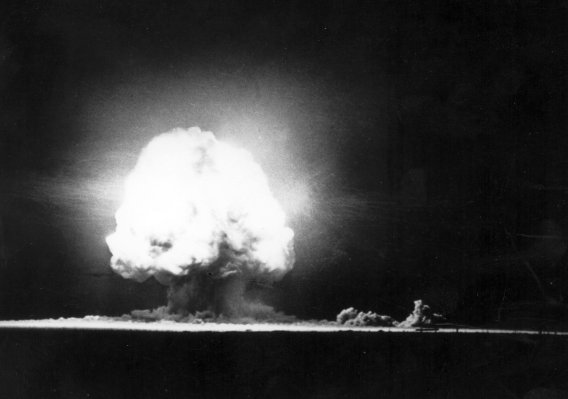 What It Was Like to Witness the World's First Self-Sustained Nuclear Chain Reaction
Next Up: Editor's Pick