Men Are Losing Their Jobs Over Sexual Harassment. These Women Are Replacing Them

Dozens of prominent men — including Matt Lauer and Sen. Al Franken — have lost or left their jobs amid allegations of sexual misconduct over the past several months. They are leaving behind positions of great influence — a morning show anchor reportedly making $25 million a year and a Senate seat during a pivotal moment in politics. But who’s going to fill these roles?

Pundits and many among the wider public are calling for women to get the jobs. “We shouldn’t just be taking the bad ones down,” lawyer and writer Jill Filipovic wrote in an essay for TIME. “We need to start demanding that their replacements are female.”

Conscientiously promoting women into such prominent jobs may help right the gender imbalance that continues to plague workplaces, from Hollywood to Washington.

As of June 21, TIME counted over 100 high-profile American men who have been publicly accused of some type of sexual misconduct since the Harvey Weinstein accusations broke. Some of their jobs are being filled by women — with caveats. Robin Wright will become House of Cards‘ top star, though only for the show’s shortened final season. Hoda Kotb succeeded Matt Lauer as the co-anchor of the Today show, but she admitted: “I’m not making Matt Lauer money. Not even close.” (Lauer was rumored to make $25 million a year.)

As TIME has been tracking the men who have been accused, we will also examine the resulting power and culture shifts in quantifiable ways. Below are women who have replaced some of the men accused of harassment or misconduct. We will continue to update this list.

On Nov. 28, NPR reported that its chief news editor, David Sweeney, left the company after at least three current and former NPR journalists claimed he sexually harassed them. Sweeney, who oversaw NPR’s news desks, told TIME in November that he had no comment on the allegations.

NPR reported that Chris Turpin, the acting senior vice president of news, said in an email to staff that Chapin would replace Sweeney by resuming her role as executive editor and taking over Sweeney’s duties.

Chapin became the organization’s executive editor in 2015, giving her the reins of all of NPR’s news desks. In August 2017, NPR’s senior vice president of news and editorial director Michael Oreskes announced that Chapin would focus full-time on building a collaborative journalism network with NPR’s member stations. When Chapin’s new role was announced, Oreskes said that Sweeney would take over from Chapin in overseeing all of NPR’s news desks and editors.

After Sweeney’s departure, Chapin will regain her old responsibilities, but she’ll “continue to devote time to the journalism network,” a NPR spokesperson told TIME in an email.

Sweeney’s departure came a few weeks after Oreskes resigned amid an investigation into his conduct with women. Oreskes called his behavior “wrong and inexcusable,” and said “I am deeply sorry to the people I hurt.”

Cast member Robin Wright poses at the premiere for the second season of the television series "House of Cards" at the Directors Guild of America in Los Angeles, California February 13, 2014.
Mario Anzuoni&mdash;Reuters

Beginning in late October, several men — including employees on the set of House of Cards — came forward to accuse Kevin Spacey of sexual misconduct. Spacey has denied some allegations, while saying he doesn’t remember others. On Nov. 2, Spacey’s spokesperson said he was “taking the time necessary to seek evaluation and treatment.”

After the allegations broke, Netflix put filming of House of Cards’ final season on indefinite hold. On Nov. 3, Netflix said it was severing ties with Spacey and wouldn’t be involved with any further production of House of Cards if Spacey was still the star.

On Dec. 4, Netflix confirmed it would produce the final season of the show without Spacey. The season will instead star Wright, who has played first lady-turned-president Claire Underwood in previous seasons. It will only run eight episodes, as opposed to the usual 13. “We’re really excited about bringing some closure to the show for fans,” Netflix chief content officer Ted Sarandos said in a statement at the time.

After the Washington Post reported on Nov. 20 that several women alleged that Rose had sexually harassed them, CBS and PBS announced on Nov. 21 that they were both cutting ties with Rose, who anchored CBS This Morning on CBS and hosted Charlie Rose on PBS. Rose said not all allegations are accurate, but admitted he “behaved insensitively at times, and I accept full responsibility for that.”

On Dec. 4, PBS announced it would air Christiane Amanpour’s Amanpour, which airs on CNN International, on “an interim basis” to replace Rose’s longtime interview show. Amanpour began airing on PBS on Dec. 4 in New York and will extend across the country on Dec. 11. It’s unclear how long Amanpour’s show is slated to air in place of Rose.

“Christiane Amanpour is a fearless and uncompromising journalist,” Neal Shapiro, president and CEO of WNET, said in a statement. “We are pleased to welcome her to the PBS system and are gratified to offer this thorough and responsible news program to viewers nationwide.”

In May, PBS announced that Amanpour’s show would permanently replace Rose’s former program. Amanpour said in a statement to CNN Money that she was “delighted to expand my role at PBS… Never has the time for exploring our world and America’s place in it been so urgent.”

The Paris Review‘s board of directors announced on Dec. 11 that Rudick, its managing editor, would serve as its acting editor. Stein resigned on Dec. 7 amid an investigation into his conduct with women. The magazine formed a search committee— chaired by two women, The Paris Review‘s publisher Susannah Hunnewell and novelist Mona Simpson — to find the next permanent editor of the famed literary magazine.

Rudick will be the second woman to helm the magazine. Brigid Hughes succeeded the magazine’s founding editor George Plimpton in 2004 before she left a year later. After Stein’s resignation was announced, writer A.N. Devers wrote a viral Twitter thread about how Hughes had been “erased” from the magazine’s history. The Paris Review also announced on Dec. 11 that it would recognize its past editors on its masthead going forward.

In April, The Paris Review named Emily Nemens, who worked as a co-editor for The Southern Review, its new editor. Rudick continues to serve as its managing editor.

Tina Smith, Vice Governor of Minnesota looks on during a press conference as part of her official visit on June 22, 2017 in Havanna, Cuba.
Mastrafoto/CON—LatinContent/Getty Images

Smith, Dayton’s former chief of staff, will serve a one-year term before a special election for the seat on Nov. 6, 2018. Smith’s appointment means Minnesota will have two female senators for the first time in its history and brings the current total of women in the Senate to 22.

NBC News announced on Jan. 2 that Kotb would serve as the new co-anchor of the Today show. She replaces Matt Lauer, who was fired in November amid allegations of sexual misconduct. Kotb, who joins co-anchor Savannah Guthrie, has sat in for Lauer since his dismissal from the network. With Guthrie and Kotb at the helm, Today beat ABC’s Good Morning America in ratings for four consecutive weeks after Lauer’s firing.

It’s the first time two women have served as co-anchors of Today. In addition to her new duties, Kotb will continue to host the show’s fourth hour with Kathie Lee Gifford.

Showtime announced on Jan. 2 that Wagner, a CBS News anchor and contributing editor at The Atlantic, would replace Halperin on The Circus, a political documentary series. Several women have accused Halperin, who worked for TIME from 2007 to 2014, of sexual harassment and assault. (Halperin apologized for “aggressive and crude” conduct, but denied allegations of sexual assault.)

Wagner will join John Heilemann, who wrote Game Change with Halperin, and Mark McKinnon as hosts on the Showtime series. Wagner, who has appeared on The Circus in the past, was previously an anchor on MSNBC and the editor in chief of music magazine The Fader.

Business Insider reported on Jan. 4 that Parti, BuzzFeed’s congressional reporter, would become the digital publication’s White House correspondent. She replaces Adrian Carrasquillo, who BuzzFeed fired last month after it received a complaint that he sent an “inappropriate message” to a colleague. Carrasquillo wrote on Twitter: “I deeply regret the crass & sexist attempt at a joke that led to my firing from BuzzFeed.”

Parti, one of the reporters who broke the story about sexual misconduct allegations against Democratic Rep. Ruben Kihuen, worked at Politico before joining BuzzFeed. “She’s also an ultimate team player and has crucially contributed to a TON of smart team coverage from Alabama, to Capitol Hill, to reported analysis on Trump,” BuzzFeed’s Washington bureau chief Kate Nocera wrote in an email to staff, according to Business Insider.

At NBC, Salke oversaw a rise in ratings and helped champion the network’s hit “This Is Us.” “What stood out about Jen was the deep relationships she has nurtured with creators and talent over her career,” Jeff Blackburn, Amazon’s senior vice president of business development and entertainment, said in a statement, according to the New York Times.

In February, the New York Times reported that Pacelle, the CEO of the Humane Society, resigned from the organization following allegations of sexual harassment. The Washington Post first reported the allegations against Parcelle, who denied the claims. “I absolutely deny any suggestion that I did anything untoward,” Parcelle told the Post.

Block, who had served as the president of the Humane Society International, was named as the acting president and chief executive of the organization following Pacelle’s departure. Block later outlined her plans for creating a “safe and supportive workplace.”

In March, radio station WNYC announced that Vega, a journalist who has worked at CNN and the New York Times, would succeed Hockenberry as the host of The Takeaway.

“Tanzina’s deep curiosity about the intersection of people’s lives and events will extend this tradition in new ways, deepening understanding across different points of view,” Alisa Miller, the president of one of Public Radio International — which co-produces the show — said in a statement, according to the Times.

Hockenberry retired from WNYC in August 2017. In December 2017, The Cut reported that several women alleged Hockenberry had made unwelcome sexual advances.

In a statement provided to The Cut, Hockenberry said: “I’ve always had a reputation for being tough, and certainly I’ve been rude, aggressive and impolite. Looking back, my behavior was not always appropriate and I’m sorry. It horrifies me that I made the talented and driven people I worked with feel uncomfortable, and that the stress around putting together a great show was made worse by my behavior.” 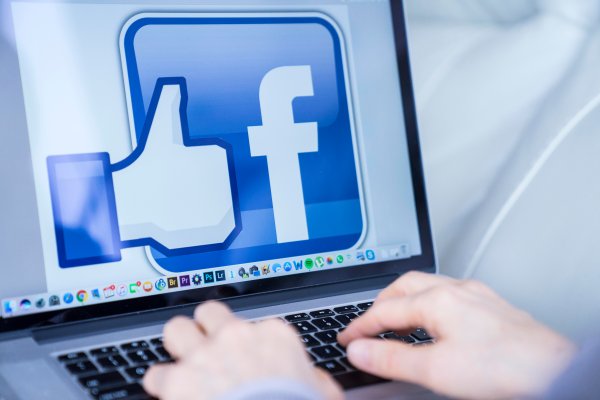