December is here, and it’s time for the influx of cultural year-end retrospectives and top 10 lists. Golden Globes nominations will be announced Monday, the critics‘ groups have already started naming this year’s best films, and several publications (including EW) have rolled out their own Top 10s for 2017. This year, however, there’s a new authoritative voice on the best films of the year — the Wendy’s Twitter account.

After IndieWire’s Eric Kohn reached out to the fast food restaurant on Twitter to inquire after its favorite movie of the year, Wendy’s quickly replied, naming Lady Bird, The Big Sick, Get Out, and Logan as Wendy’s-approved. (Blade Runner 2049 also got a shoutout for its lush cinematography.)

Wendy’s also weighed in on an important question currently dividing Film Twitter — whether the critically-acclaimed, 18-part series Twin Peaks: The Return qualifies as a film or a TV show. On one hand, the show’s mastermind, David Lynch, has said that he approached the revival’s story as one long movie. On the other hand, it’s 18 hours long and aired on Showtime.

There you go, everyone. Wendy’s has spoken. 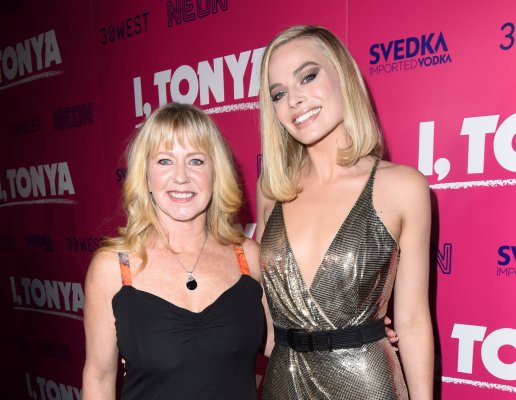 Tonya Harding and Margot Robbie Had a Red Carpet Encounter
Next Up: Editor's Pick