When Jimmy Kimmel asked Black-ish star Tracee Ellis Ross to guest host his show, he probably had no idea he would turn his late night talk show into adult story time.

That’s just what she did on Tuesday night’s episode of Jimmy Kimmel Live!. Ross opened the show with a monologue about the ongoing national conversation about sexual harassment. “It isn’t a sex scandal, it isn’t a Hollywood scandal, it isn’t even a scandal,” she explained. “It is a systemic problem about the abuse of power that takes place across all industries.” For her part, Ross isn’t surprised by many of the stories of sexual harassment that have come to light in recent months. However, according to Ross, the revelations seem to have surprised many men who claimed to have no clue about the nation’s widespread sexual harassment problem. To help them understand, Ross read aloud from a “children’s book for men” called The Handsy Man.

“There is a guy with ten long fingers, creepy glares, and hugs that linger. If you’re a woman, you’re not a fan. I speak, of course, of the Handsy Man,” she began, reading allowed from the illustrated book. “You may not compliment my butt. You may not call me ‘ho’ or ‘slut’,” she read. “And even if you’re stoned or drunk, you may not expose me to your junk.”

As with all good children’s books, The Handsy Man had a very clear moral: “So Handsy Man, if you’re still confused whether your behavior will be excused, I’ll say it clearly, nice and slow: If she doesn’t consent, the answer is no.” 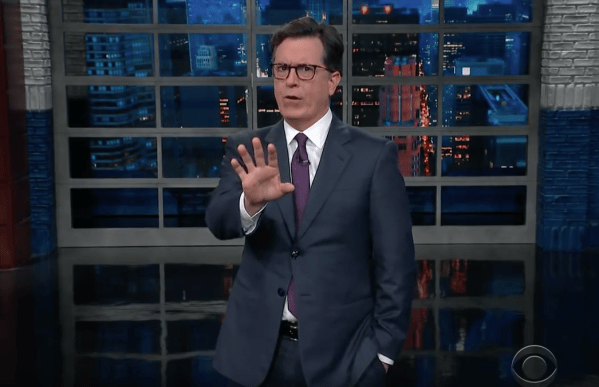