Prince George Had the Cutest Role in His School's Nativity Play

Taking part in the play, by portraying the three kings, angels and all-important animals on deck for the birth of Jesus, is an annual pre-Christmas break tradition in England. But at London’s Thomas’ Battersea this year, it was an opportunity to catch the budding four-year-old thespian in action as a sheep.

His royal father, the Duke of Cambridge, disclosed that Prince George tackled the role of the ruminant mammal during a visit to BBC’s Bridge House in Media City with Kate Middleton.

When asked about his Christmas plans, Prince William even provided a brief review of the show. “I went to my boy’s nativity play. It was funny,” he said according to The Telegraph. He then added: “He was a sheep.”

Here’s hoping the school’s director gave the young royal a chance to show off some of his legendary facial expressions. 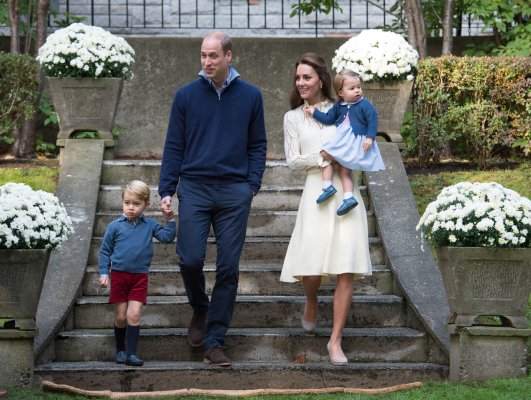 5 Times Prince George and Princess Charlotte Stole the Show
Next Up: Editor's Pick