'Now the Work Really Begins.' Alyssa Milano and Tarana Burke on What’s Next for the #MeToo Movement

Alyssa Milano, who has roused thousands of women to speak out about their experiences of sexual harassment and assault, joined #MeToo movement creator Tarana Burke on Wednesday to call for more change after TIME revealed its 2017 Person of the Year: “The Silence Breakers.”

Milano and Burke met for the first time on the Today show after TIME chose as its Person of the Year the people around the world who shared their experiences with sexual assault and harassment, including those who did so as part of the #MeToo movement.

“This is just the start. I’ve been saying from the beginning it’s not just a moment, it’s a movement,” said Burke, an activist who founded the #MeToo movement in 2006 to help survivors of sexual violence. “Now the work really begins.”

On Twitter in October, Milano urged every woman who had ever been sexually harassed or assaulted to write “me too” as a reply to her tweet to “give people a sense of the magnitude of the problem.” More than 1.7 million people immediately spoke out about their own harassment experiences after Milano’s tweet, she later wrote on Twitter.

The call to action came as a wave of women in Hollywood — including Rose McGowan and Gwyneth Paltrow — came forward to accuse movie mogul Harvey Weinstein and other men in power of sexual assault or misconduct. At least 74 public figures have since faced accusations.

Milano, who stars in the upcoming Netflix series Insatiable, is credited with popularizing the movement Burke began more than a decade ago. “I could never imagine this,” Burke said about how large her movement has grown.

Milano said she was in bed with her sleeping daughter the night she sent out her “me too” tweet in October. She said her children are the inspiration for everything she does.

On Wednesday, she called for companies to create a code of conduct and hire more women. She also urged women to “support each other” and men to be “part of the conversation.”

“As women, we have to support each other and stand together and say, ‘That’s it. We’re done. No more,’” Milano said. “It’s vital to me that we really set in some actionable things that we can do to continue this momentum.”

Every year since 1927, TIME editors have named a Person of the Year, recognizing the person or group of people who most influenced the news during the past year, for better or for worse. 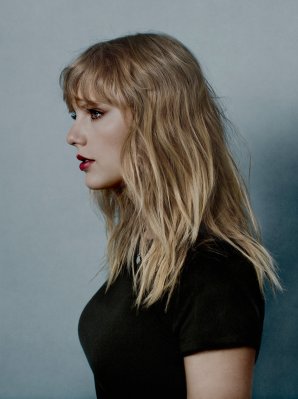 'I Was Angry.' Taylor Swift on What Powered Her Sexual Assault Testimony
Next Up: Editor's Pick