Beyonce awarded Colin Kaepernick with Sports Illustrated’s Muhammad Ali Legacy Award on Tuesday night, which celebrates athletes who use their platform to bring about social change.

The former San Francisco 49ers quarterback said in his acceptance speech, “with or without the NFL’s platform, I will continue to work for the people.”

Beyonce said she was “proud and humbled” to present the award to Kaepernick, who was the first NFL player to kneel during the national anthem before the games, in protest against oppression of people of color. He is currently unsigned, and has filed a grievance form against the NFL alleging they are colluding against him as a result of his protests. 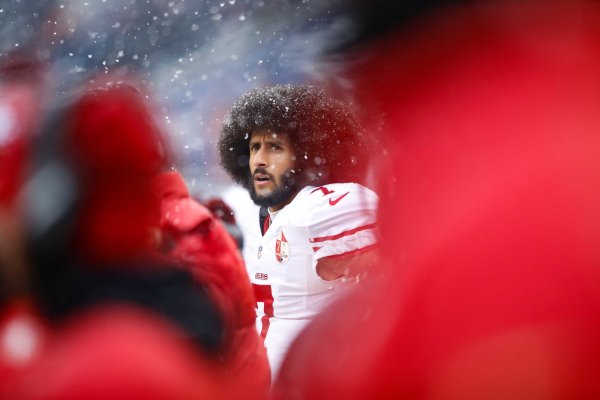