Stranger Things fans have long shipped Jonathan and Nancy (sorry, Steve!) as the ultimate teenage romance, but it’s their off-screen romance in real life that really has fans of the Netflix show swooning.

Read More: Here’s What We Know So Far About Stranger Things Season 3

Ever since actors Charlie Heaton and Natalia Dyer made their red carpet debut as a real-life couple at the 2017 Fashion Awards in London — which caused the Internet to collectively lose their minds — fans have been vocal about their enthusiasm for this star-crossed Stranger Things pair. The shipping of Jonathan and Nancy has only increased over the progression of the Stranger Things seasons and as the two have been spotted together at other events, most recently, the 2018 Emmy Awards. With the next installment of the popular show confirmed and coming back for a summer 2019 season 3 release date, there’s even more reason to celebrate everyone’s favorite couple.

And, as might be expected, fans have taken to social media to ardently share their many feelings — ranging from sincere shock to unabashed joy — about Heaton and Dyer taking their romantic relationship public.

Read the most fervent responses from Stranger Things fans below. 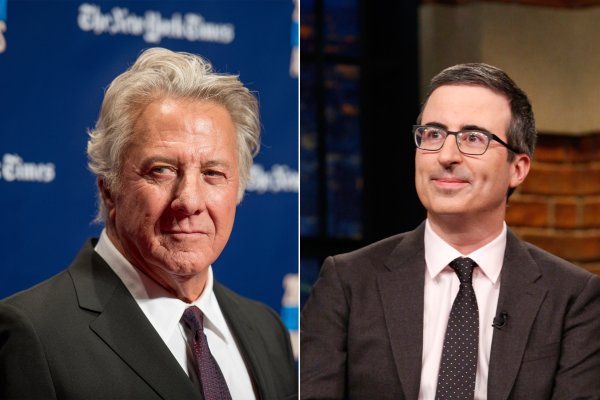 John Oliver Grilled Dustin Hoffman Over Harassment Allegations and the Internet Was Here for It
Next Up: Editor's Pick