This adaptation of the Japanese anime film was clumsily, inexplicably directed, but its casting took it from failure to fiasco. Scarlett Johansson’s casting in a role that was, in the source material, an Asian woman was an offensive instance of whitewashing, egregious enough on its own—but the strange third-act plot twist indicating that Johansson’s character was actually an Asian woman whose face and body had been reconstructed as white was dazzlingly ill-advised.

9. King Arthur: Legend of the Sword

Guy Ritchie’s bro-tastic reboot of the tale of King Arthur, Legend of the Sword, was intended to launch an multi-film Arthurian cinematic universe. But his mind-numbing take on the classic story stripped all the magic from Camelot, instead transposing a lad-mag sensibility onto medieval Britain. Noisy, uneven and frequently incoherent, a few dynamic battle sequences and the dubious star wattage of Charlie Hunnam couldn’t make this one memorable.

The prospect of a Will Ferrell-Amy Poehler comedy was enticing. Sure, it had been some years since either one had anchored a truly gut-busting movie, but perhaps the magnetism between two of the most successful Saturday Night Live alumni would be enough to break the curse. Unfortunately, as The House made painfully clear, the mere presence of greatness does not greatness guarantee; nor does a cast so stacked with comedic talent it might have required a warning had they been buoyed by fresher material. It’s hard to shake a feeling of phoned-in-ness to gags that attempt to derive laughs from a man in women’s sunglasses, dyslexia and jokes about glory holes. As it turns out, the House doesn’t always win.

In a post-Wonder Woman world, Justice League is pretty much a slap in the face to DC Extended Universe fans who thought the franchise had finally hit its stride. But the combined efforts of superhero veterans Zack Snyder and Joss Whedon weren’t enough to turn this first group outing of Batfleck’s dream team into anything more than a tired knockoff of Marvel’s Avengers films.

This movie that left us with so many questions. Mind-bending, cliff-hanging questions of the variety that might later be answered in a massive new monster franchise, you might ask? No, not that variety. More like questions that bewildered us so profoundly, it was almost like we, ourselves, were the ones trapped in an underground sarcophagus for 5,000 years. If priceless archaeological treasures are so easy to find, are they still priceless? Does archaeology work on a finders-keepers system? If a mummy kills a human, does that make her a mummy, or a zombie? Why are there zombies in a mummy movie? If a woman was born before 1983, can she be a love interest for Tom Cruise? The good news is that those willing to embrace the futility of even asking can cure their hangovers with any one of the 13 previous installments of the franchise.

A bad movie is so much worse when it started off with the ingredients to be good. In the case of The Snowman, those included top-notch actors (Michael Fassbender, Rebecca Ferguson), a director with a solid track record (Tomas Alfredson of Let the Right One In) and compelling source material (a novel by Norwegian crime writer Jø Nesbo). But even when we get past the giggle-inducing name of the protagonist, Inspector Harry Hole (not the movie’s fault—that one comes from Nesbo), we are faced with plot holes, farcical levels of melodrama and a genius protagonist whose genius we are meant to believe without ever seeing. (He is most often drunk and not at all partaking in genius pastimes.) And then there’s the hardest truth of all: Snowmen have never been, and will never be, scary.

We need not ask the question “why”—the first movie’s $242 million at the box office serves up a simple explanation—and yet, we find ourselves still asking: “Why?” Both this movie and its honorable mention companion piece, A Bad Moms Christmas, attempt to justify their existence with the addition of more moms and daddies, played by renowned actors one generation removed. But the Mel Gibson redemption tour felt more than a smidgeon too self-referential, given that the film featured him depicting a womanizing cad whose idea of fun is joking about dead sex workers. If Daddy got home in the original, couldn’t he have stayed put?

3. A Cure For Wellness

If you were to edit the most hauntingly beautiful moments of A Cure for Wellness into a music video for, say, Radiohead, you’d end up with a fantastically creepy, seafoam-tinged fever dream: symmetrical visions of aquasizers’ synchronized choreography in an ornate pool, elegant dancers clad in white robes spinning like whirling dervishes. Unfortunately, the movie’s eerily stylized visual language is squandered on a muddled story. What starts off as a promising parable about the dark side of capitalist ambition—and, on a more literal level, the exploitative “science” of the wellness industry—morphs into an icky tale of…incest? And it all comes together—or falls apart—in a series of tacked-on endings that feel about as curative as taking a bath with eels.

2. The Book of Henry

Director Colin Trevorrow’s long-gestating passion project is one of those rare films that’s so audaciously, startlingly bad it approaches something like greatness; it’s terrible in a way that feels ambitious. Young Henry (Jaeden Lieberher) is an 11-year-old boy genius who gets a brain tumor and dies, leaving his bereft mother (Naomi Watts) to execute Henry’s plot to murder, assassination-style, a creepy neighbor (Dean Norris of Breaking Bad) who is abusing his stepdaughter (Sia surrogate and Dance Moms wunderkind Maddie Ziegler). Most bizarrely, this bonkers plot plays out with the straightforwardness one might find in a prestige drama, making the film surreal as a fever dream. The Book of Henry was rightly savaged by critics, but it’s an instant cult classic: Never before has such poor taste felt so thrilling.

The most amusing thing about The Emoji Movie is the deliciously indignant response it generated across the internet, where critics gave it some combination of the thumbs down emoji, the poop emoji and the barfing emoji, only using words: “Garbage fire,” “nakedly idiotic,” “a force of insidious evil,” to name just a few choice phrases. Vox titled its review: “Do not see The Emoji Movie.” It would be one thing if it only lacked a coherent plot and an original visual style. But its blatant parade of product placements aimed at luring a new generation of users to countless apps is a sin of a higher order. After all, it says a lot if not even Patrick Stewart playing poop can save a movie. 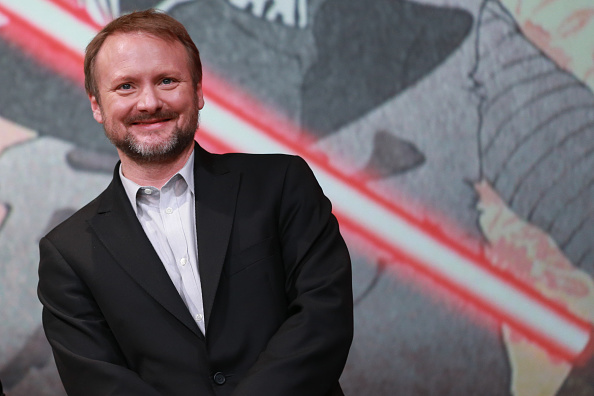 'The Goal Is Never to Divide.' Last Jedi Director Addresses Backlash From Star Wars Fans
Next Up: Editor's Pick