Billy Bush appeared on The Late Show with Stephen Colbert Monday night, calling out President Donald Trump after he denied his voice was captured on an audio recording making crude remarks about women.

“That is your voice,” Bush said on The Late Show. “I was there, you were there, that’s your voice on the tape.”

The appearance followed a rousing op-ed published in the New York Times Sunday in which the former NBC host expressed solidarity with women who have come forward to accuse the president of sexual misconduct. Bush had largely disappeared from the public eye after The Washington Post reported in October 2016 on the now-infamous Access Hollywood tape, in which Donald Trump boasts about sexually assaulting women.

In a column in the New York Times titled “Yes, Donald Trump, You Said That”, Bush wrote that he was compelled to speak out after Trump’s recent efforts to discount the authenticity of the recording, which was originally taped in 2005.

“I can only imagine how it has reopened the wounds of the women who came forward with their stories about him, and did not receive enough attention,” Bush wrote. “This country is currently trying to reconcile itself to years of power abuse and sexual misconduct.”

The sit-down with Colbert was Bush’s first late-night show interview since being fired from NBC. Bush also spoke with The Hollywood Reporter in May, saying that he now wishes he “had changed the topic” when Trump began joking about sexually assaulting women. “But I didn’t have the strength of character to do it,” Bush said. 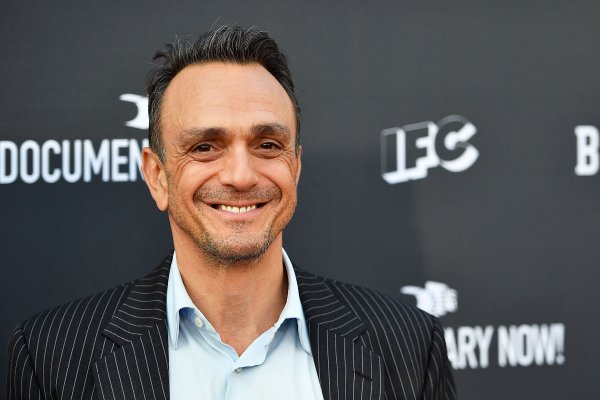 The Simpsons' Hank Azaria Responds to Criticism of the Stereotype of Apu
Next Up: Editor's Pick