Rev. Dr. Barber and Rev. Dr. Theoharis are co-chairs of the Poor People’s Campaign: A National Call for a Moral Revival.

In 1864, the abolitionist Henry David Thoreau was jailed for refusing to pay a poll tax. According to some accounts, Ralph Waldo Emerson visited him and asked, “Henry, what are you doing in there?” Thoreau replied, “Waldo, the question is what are you doing out there?”

With each day, as forces of white supremacy and corporate greed attack our nation’s soul, Thoreau’s is a question we all need to start asking ourselves.

And increasingly, the nation’s poor and disenfranchised and it’s moral leaders are doing just that. In the past four months, the two of us – both Christian ministers, trained biblical scholars, and long time human rights activists, one from Goldsboro, N.C., and another from New York City – have traveled across 15 states holding trainings and mass meetings drawing thousands of people to lay the groundwork for the launch of the Poor People’s Campaign: A National Call for Moral Revival.

This movement, which kicked off Dec. 4 – 50 years to the day that Dr. Martin Luther King and others called for the original Poor People’s Campaign – will unite the poor, disenfranchised and marginalized to take action together, combining direct action with grassroots organizing, voter registration, power building and nonviolent civil disobedience.

As we’ve traveled the country, it’s become clear that people are ready to come together and demand change. We’ve heard from mothers whose children died because their states refused Medicaid expansion. We’ve met homeless families whose encampments have been attacked by the police and militia groups. We visited the border wall and met with families ripped apart by unjust immigration policies. Earlier this year, we held a mass meeting in Compton that drew hundreds of people from all walks of life and was simultaneously translated into Spanish, Korean and Armenian. At the end of the meeting, a lifelong welfare rights and anti-poverty organizer, Martha Prescod, approached us with tears in her eyes: “I’ve been waiting for this movement for 40 years,” she said. It’s a sentiment we’ve heard from people all across the country.

The original Poor People’s Campaign was tragically cut short, both by Dr. King’s assassination and by the subversion of the coalition that sustained it. Still, its original vision and many of its followers did not go away. And the conditions that motivated the original campaign have only worsened over the last 50 years, making the need for the Poor People’s Campaign: A National Call for Moral Revival more urgent than ever.

Over the last five decades, economic inequality has soared; it was recently revealed that three people control the same amount of wealth as half of the U.S. population and 44% of Americans are poor or low-income. We have fewer voting rights than we did since the Selma to Montgomery march as voter suppression laws have been enacted in 22 states. Those who get elected by racist voter suppression then pass policies that hurt poor and low-income people, who are mostly white. Meanwhile, mass incarceration and unjust immigration laws have further entrenched systemic racism in America. The imbalance between the federal government’s spending on the military compared to social programs has become more acute. Climate change, extreme extraction, water pollution, and the lack of sanitation services are wreaking havoc on our planet, disproportionately affecting poor and marginalized people.

This campaign is not about a single party or policy agenda. It’s about saving the soul of America by challenging the enmeshed evils of systemic racism, poverty, the war economy, ecological devastation and our distorted national morality. These forces have been tearing apart America’s moral fabric long before President Donald Trump’s election last year. But Trump’s nationalist and demagogic campaign and presidency highlight how extremist politicians in state houses and Washington have continued to gain power by dividing the poor and disenfranchised along racial, religious and other lines.

In the words of prophets who have fought for justice before us: “This is GOD ’s Message: Attend to matters of justice. Set things right between people. Rescue victims from their exploiters. Don’t take advantage of the homeless, the orphans, the widows. Stop the murdering!” (Jeremiah 22:1-3 MSG)

The most fundamental progressive shifts in our country’s history have occurred when concerned citizens across racial divides come together to take a stand. This was the case after the Civil War, in the Industrial Union Movement, Bonus Armies, and Southern Tenant Farmers Union, during the Civil Rights Movement and today, in the Movement for Black Lives and the Fight for $15.

The Poor People’s Campaign: A National Call for Moral Revival will unite Americans across all races, creeds, religions, classes and other divides to demand a moral agenda for the common good. And our campaign will intensify next year, starting on Mother’s Day with six weeks of direct action and civil disobedience across 25 states and the District of Columbia, leading up to a mass mobilization at the U.S. Capitol June 23.

Never in history have so many people come together to change America and make this country what it has not yet been for all of us. Fifty years after Dr. King and other leaders like Caesar Chavez, Hank Adams, Bertha Burres, Myles Horton, welfare rights moms, the Jewish federation and others called for a Poor People’s Campaign, poor and marginalized people across America are uniting not to commemorate their vision but to consecrate a new movement to transform the political, economic and moral structures of society.

When asked if he would repent over his acts of civil disobedience, Thoreau is reported to have said, “If I repent of anything, it is very likely to be my good behavior. What demon possessed me that I behaved so well?”

In the face of so much injustice, we all need to stop behaving so well. 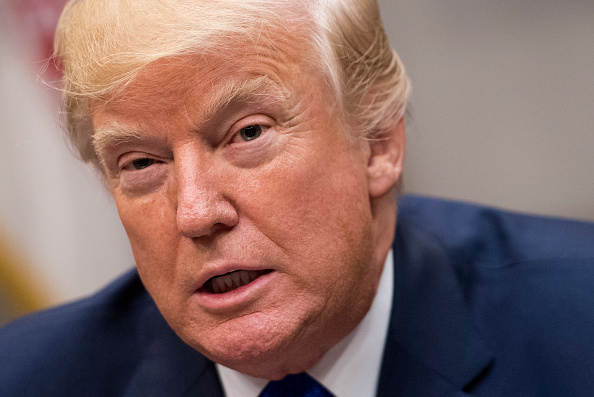 Donald Trump’s Lies Are Fatally Wounding Our Democracy
Next Up: Editor's Pick