After graduating from Vassar, I began my career in banking. I was doing well, but didn’t feel challenged or fulfilled so I decided to change my career path — and was lucky enough to get into Harvard Business School.

When I arrived at Harvard, I had no intention of becoming an entrepreneur. I didn’t even really have a good sense of what entrepreneurship was. What I did know was that I wanted a job that balanced my creativity with analytical skills and gave me more ownership of my work. During my first year at Harvard, I took an entrepreneurship class and it just clicked that starting my own company is what I was made to do.

During my second year, my classmate Hayley Barna and I decided to write a business plan together. As we studied various industries and attended sessions with speakers on campus, we noticed that while there were a lot of companies focused on the female consumer and started by female founders, no one was really attacking the beauty industry. It stuck out to us because beauty is a $500 billion industry, but it only represented about 3% of internet sales at the time. We started to do some research, and discovered that the beauty consumer wants to try the product — especially expensive, prestige ones — before buying them. We also learned that most women weren’t really changing up their beauty routines or adding new products to their arsenals. There are just too many products on the market and to research every one of them was too overwhelming — the internet was just adding to the confusion. We set out to figure out a solution.

In a fury of 48 hours, we came up with the basic idea for Birchbox, a destination where women could get a personalized box of beauty samples to test out before committing. Once we had the idea, I blindly believed in it. I knew it would make discovery better for consumers and customer acquisition easier for both established and up-and-coming beauty brands. The financials behind the idea were equally compelling.

My confidence was followed by many periods of doubt, as we tried to get investors on board and convince major beauty brands to give us samples. A lot of people told us that it just wasn’t going to work. We were told that the customer wouldn’t understand why they should pay for samples, and investors didn’t immediately see the value in what we were doing. At first, I internalized the criticism. We thought that we were explaining our business wrong and that we weren’t presenting it in a way that was compelling enough.

Retrospectively, I know that we really did our jobs right in terms of explaining what this was. The fact that we were two women talking about a business for a female consumer made it much more challenging for male investors to understand and get excited about. This wasn’t just a problem in our initial funding rounds — it continued to be a hurdle whenever we attempted to raise funds.

Thankfully, our customers allowed us to tune out the noise. When we did our first beta test in 2010, it was clear that we’d struck a chord with consumers, who responded to the product with excitement and emotion. After that beta test, we had a wait list that grew to 2,000 people — simply by word-of-mouth. After we officially launched later that year, we doubled in size month-after-month. In just under four years, we amassed over 800,000 subscribers, and reached 1 million subscribers in under five years.

A few years into the company, we commissioned a study to learn about the ecosystem of the beauty industry and figure out where Birchbox belonged within it, which gave us an idea of why we’ve been so successful. The industry has historically focused on its most passionate and avid customers, who drive the majority of sales. Our customers were different. They’re women like Hayley and me: beauty was a part of her life, but not a passion of hers.

We’re laser focused on creating a delightful shopping experience for that casual beauty consumer. We’re constantly asking ourselves: How can we make beauty a bigger part of her life? How can we take the work and pain out of discovering new products? How can this customer remain a passive beauty customer but get the experience of an active consumer? We saw untapped potential to change her relationship with the category. In fact, within just six months of subscribing to Birchbox, our customers increase their incremental spending in the beauty industry.

Instead of letting all the “nos” and challenges along the way stop us, we were inspired to keep going and reimagine the beauty shopping experience. You could say I’m obsessed with building a beauty company for women who aren’t obsessed with beauty.

Katia Beauchamp is the CEO and co-founder of Birchbox. 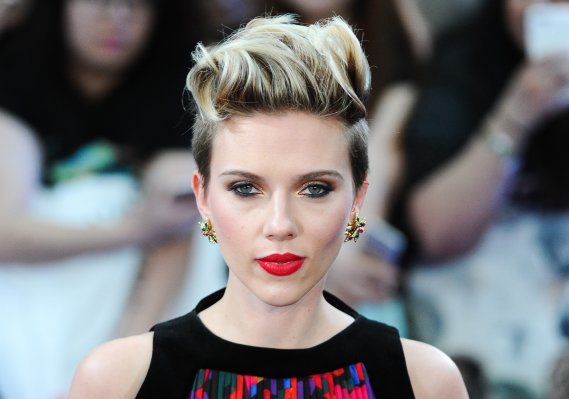 Scarlett Johansson: Paparazzi Stalk Me and My Family and It Has to Stop
Next Up: Editor's Pick