President Donald Trump during a meeting in the Roosevelt Room at the White House on Nov. 28, 2017 in Washington, DC.
Kevin Dietsch/Pool—Getty Images
Ideas
By Martin London

We now know that Donald Trump’s transition team had numerous pre-inauguration contacts with the Russians, and then lied about them. The latest disclosures of team emails, obtained by the New York Times, reveal that the motive was quite clearly to do all it could to make sure that no one could question the legitimacy of Trump’s election, even after it became clear that the Russians had influenced the outcome. As part of that effort, it would make sense for them to hide the fact that the Trump team had any meaningful contact with the Russians during the campaign and the transition.

Trump’s sensitivity to his election’s legitimacy continued after his inauguration. After Trump fired then–National Security Adviser Michael Flynn in February, he said his sole reason for doing so was Flynn ostensibly lying to Vice President Mike Pence about the fact that Flynn had discussed sanctions with Russian Ambassador Sergey Kislyak.

Trump’s chief personal lawyer, John Dowd, now says that Trump himself did not write the tweet confessing he knew about Flynn’s lying to the FBI when he fired him. It was Dowd, not Trump, who wrote the Trump tweet after, the New York Times reports, being “in contact with Mr. Trump on Friday and Saturday, trying to calm him after Mr. Flynn’s guilty plea.” It certainly should not surprise anyone that Trump needed calming after the Flynn guilty plea. But it sure is a surprise to hear Trump’s lawyer admit it — another admission harmful to the President.

Now two Trump lawyers have effectively confirmed Trump knew of the Flynn lies when he fired him, despite the range of subsequent denials, reversals and the like. The President has lied over and over again to the American people, with apparent impunity.

All of this brings to mind Trump’s recent backtracking and assertion that maybe he didn’t say those things we all heard him say on the Access Hollywood tapes, even though Trump has admitted they were true and apologized. The President’s lies only lead to more lies. I fear we are deep in the rabbit hole, and there is no telling when we will hit bottom.

In the interim, though, here’s what all this seems to mean for the case against Donald Trump:

First, there is now a substantial inference that Trump obstructed justice by directing or acquiescing in a conspiracy to have Flynn lie to the FBI about the fact and substance of his team’s communication with the Russians.

Second, it appears Trump’s corrupt motive for his participation in that conspiracy, as well as his subsequent misleading public statements was to prevent the citizenry from coming to believe that the Russians were responsible for his election victory.

Third, when the head of the FBI refused to agree to give a pass to Flynn, whom the President already knew had serious criminal exposure, Trump obstructed justice again by firing Comey.

Add in the meeting between some of Trump’s top advisers (Jared Kushner, Paul Manafort and Donald Trump, Jr.) with a Kremlin-associated lawyer during the campaign who offered dirt on Hillary Clinton, and you have the prosecutor way ahead on points this early in the contest to prosecute Trump and his team.

And that is based only on what we have read in the press thus far. There’s little doubt Special Counsel Robert Mueller’s big black evidence book is a lot thicker. And let’s not forget that the Flynn plea agreement says he agreed to wear a wire and tape telephone conversations. (Talk about prosecutorial leverage!)

There are also two incidental points here for John Dowd’s conduct in composing Trump’s tweet that are worth mentioning:

But of greater consequence is the mortal wound to our constitutional democracy committed by this government’s apparent adoption of the policy that lies are the appropriate remedy when truth and fact are politically inexpedient. Without strict adherence to concepts of truth and fact, there can be no organized system of justice. Modern history is full of nations who have gone down that path, and, up to now, the United States has reviled them. 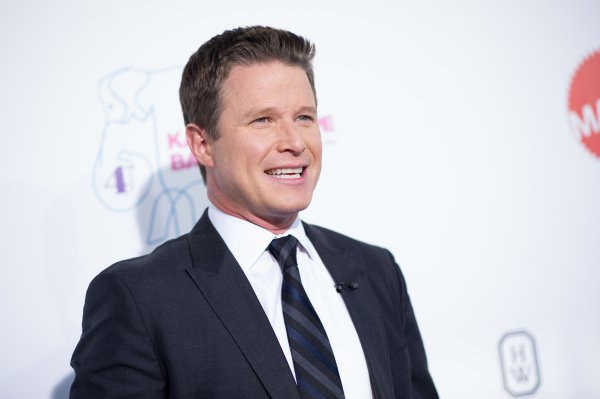 Billy Bush Hits Back at Trump’s Access Hollywood Claim
Next Up: Editor's Pick