Congressman Says He Will Pay Back $84,000 Sexual Harassment Settlement

A Texas Congressman said Monday he would pay back the $84,000 in taxpayer money that was used to settle a sexual harassment lawsuit that was filed by a former employee.

“Even though I was completely exonerated by [the Office of Congressional Ethics] and the settlement agreement has been paid, I am doing my best and am going to hand a check over this week to, probably Speaker Ryan or somebody, and say, look, here is the amount of my settlement. Give it back to the taxpayers,” Farenthold said in an interview with KRIS-TV.

In 2014, Rep. Blake Farenthold’s former communications director Lauren Greene sued alleging she’d been sexually harassed by the Congressman while working in his office. On Friday, Politico reported that Farenthold’s office used taxpayer money to pay off an $84,000 settlement that was reached in that case.

Reached for comment on Friday, neither Farenthold’s office nor an attorney for Greene confirmed nor denied that the report.

“I want to be clear that I didn’t do anything wrong,” Farenthold said Monday. “But I also don’t want the taxpayers to be on the hook for this and I want to be able to talk about it and fix the system without people saying, ‘Blake, you benefitted from the system. You don’t have a right to talk about it or fix it.'”

The issue of sexual harassment on Capitol Hill has been widely discussed in the wake of the allegations that were levied against Harvey Weinstein. Both Houses of Congress are eager to show they are taking the issue seriously, even as their own members face allegations of harassment and inappropriate touching. The House recently passed a resolution to mandate anti-harassment and anti-discrimination training for all staff and members, which many have called a good first step.

A bipartisan bill has been introduced in the House and the Senate to overhaul the process through which complaints are filed. That bill, known as the Me Too Congress Act, would also require members to pay back the amount of any award or settlement that is reached. The Hill reports that several additional bills were introduced to restrict the use of taxpayer money during settlements after it was reported that Democratic Rep. John Conyers had settled a sexual harassment claim a former staffer made against him.

The Office of Compliance,the Congressional office that handles workplace complaints, has paid around $17 million in settlements. The money for those settlements comes from “an account of the Office in the Treasury on the United States for the payment of awards and settlement,” under the 1995 Congressional Accountability Act. On Friday, it was revealed that around $306,000 have been paid out in claims made against six member’s offices in the House of Representatives over the past five years. 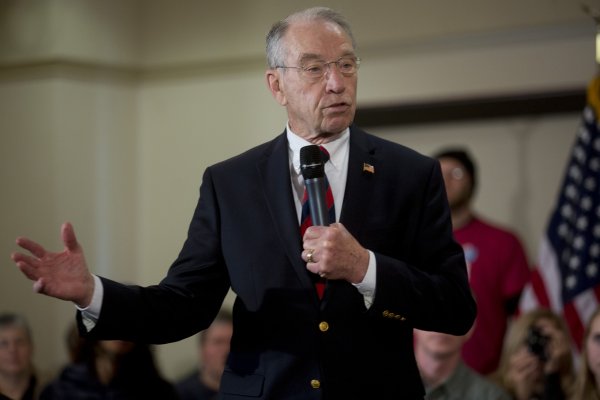 Republican Senator Says Comments About 'Booze or Women' Were Misunderstood
Next Up: Editor's Pick