Republican Senator Says Comments About 'Booze or Women' Were Misunderstood

Senator Charles "Chuck" Grassley, a Republican from Iowa, left, speaks while introducing John Kasich, governor of Ohio and 2016 Republican presidential candidate, not pictured, during a town hall meeting at the National Czech and Slovak Museum and Library in Cedar Rapids, Iowa, U.S., on Friday, Jan. 29, 2016.
Bloomberg—Bloomberg via Getty Images
By Maya Rhodan

A Republican Senator says his comments about people spending “every darn penny” they earn on “booze or women or movies” are being misinterpreted.

Iowa Sen. Chuck Grassley made the comments in an interview with the Des Moines Register about the estate tax, which would apply to fewer people under the Republican tax plan that passed the Senate last week.

Under the current system, Grassley said in the interview, when families face the tax on inheritance they are being double-taxed: when they earn the money and when they pass it on to their heirs. The Senator argued that people who spend their money are largely off the hook.

“I think not having the estate tax recognizes the people that are investing as opposed to those that are just spending every darn penny they have, whether it’s on booze or women or movies,” Grassley told the paper.

Grassley, who is a member of the Senate Finance Committee, has been very involved in the process to overhaul the tax code. On Monday, after facing criticism for his statement, he argued that his quote was being taken out of context.

“My point regarding the estate tax, which has been taken out of context, is that the government shouldn’t seize the fruits of someone’s lifetime of labor after they die,” the Senator said in a statement.”The question is one of basic fairness, and working to create a tax code that doesn’t penalize frugality, saving and investment.”

The statement continues: “That’s as true for family farmers who have to break up their operations to pay the IRS following the death of a loved one as it is for parents saving for their children’s college education or working families investing and saving for their retirement.”

Republicans have long voiced their opposition to the estate tax, which they often refer to as the “death tax,” and both Houses include changes to the tax in their tax bills.

Under the House plan, the estate tax would be completely eliminated. Under the Senate bill, which passed early Saturday morning, the amount of earnings that would be exempt from the tax would increase to $11 million. The future of the estate tax will likely be discussed further when the House and Senate go to conference and hash out the differences on their two bills. 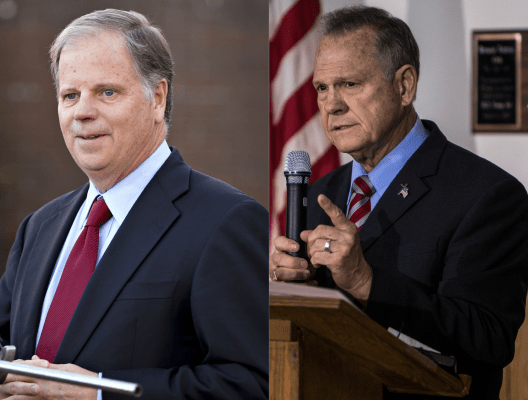 The Alabama Special Election Race Will Be Over Soon. Here's What to Know
Next Up: Editor's Pick