Laura Dern may be a new addition to the Star Wars universe, but she’s clearly having no trouble fitting in to the galaxy far, far away culture. During a recent stop on the ongoing Last Jedi press tour, the 50-year-old actor spent some time bonding with BB-8 — the adorable droid who stole fans’ hearts in The Force Awakens — much to the delight of everyone watching.

Dern — who will appear as Resistance leader Vice Admiral Amilyn Holdo in Episode VIII — shared a video of the interaction on Twitter on Sunday, prompting an outpouring of support for the new friendship.

“I would sit on the ground and roll around if it got me this close to Laura Dern,” added Jordan Crucchiola. 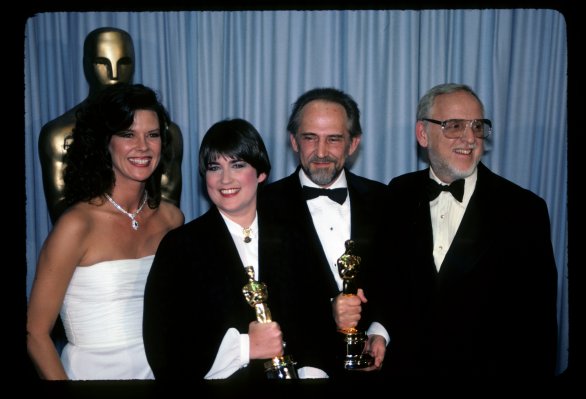 Filmmaking Has a Gender Problem. Here’s What Happened When Canada Tried to Solve It
Next Up: Editor's Pick